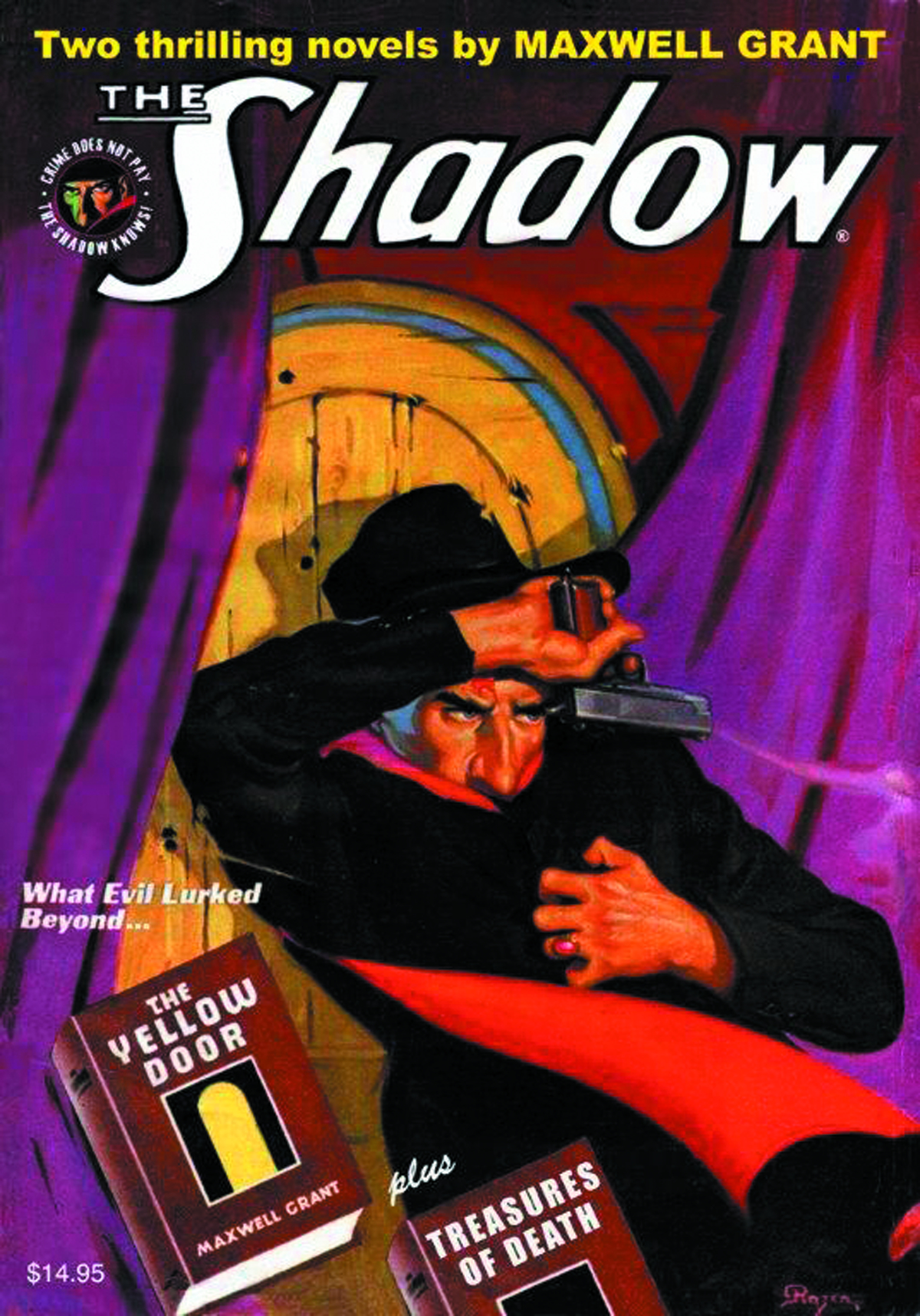 SEP141909
(W) Maxwell Grant, Walter B. Gibson, Will Murray (A) Tom Lovell (CA) George Rozen
The Shadow demonstrates that "crime does not pay" in two macabre mysteries by Walter B. Gibson. First, discovery of the theft of "Treasures of Death" brings fatal consequences, but The Shadow knows that this is only the prelude to a greater supercrime! Then, the greatest crooks in the world pass through "The Yellow Door," until the Man in Black teams with G-Man Vic Marquette to uncover the deadly secrets of the sinister portal! This instant collector's item showcases both classic color pulp covers by George Rozen and the original interior illustrations by Tom Lovell with original commentary by popular culture historian Will Murray.
In Shops: Dec 03, 2014
SRP: $14.95
View All Items In This Series
ORDER SUBSCRIBE WISH LIST