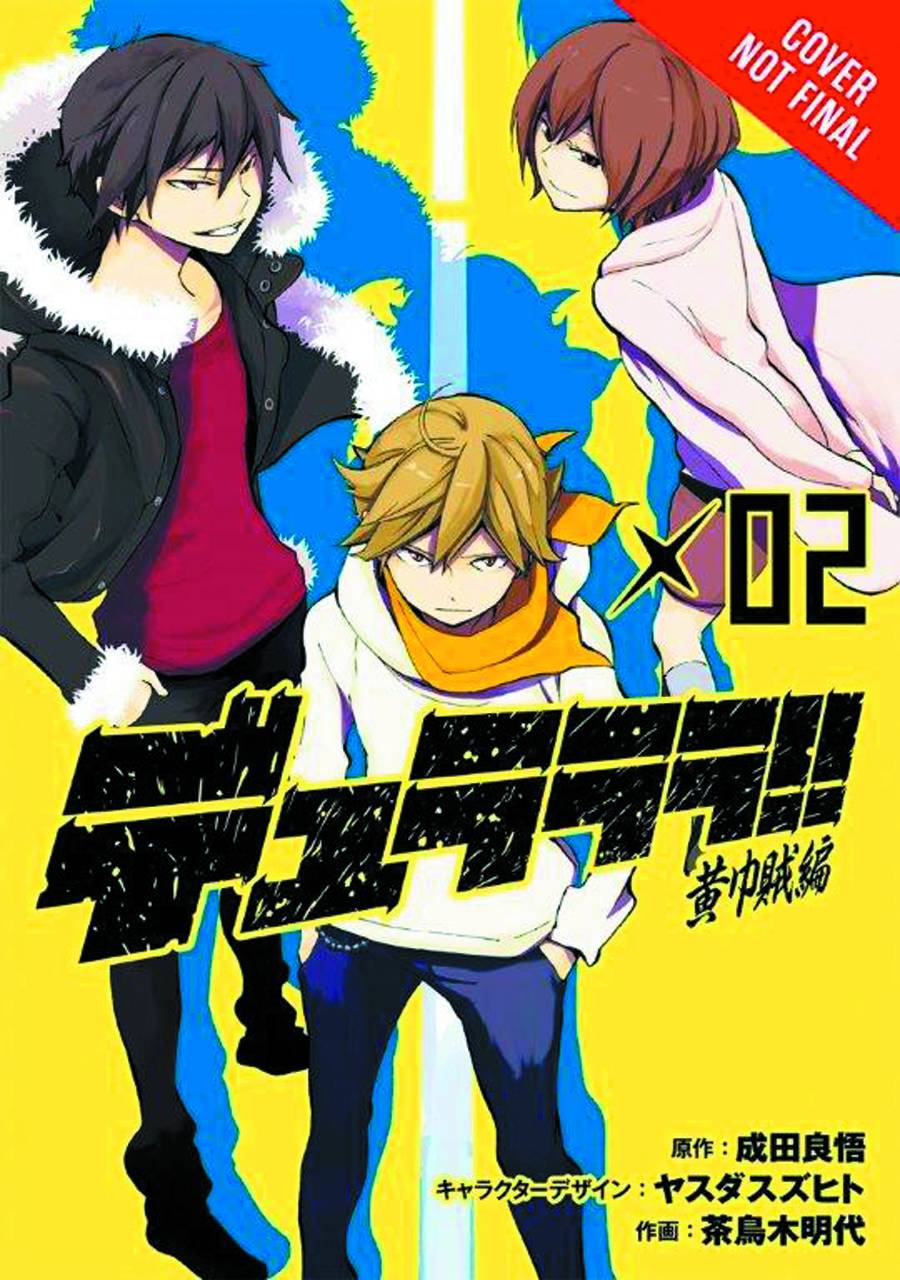 #
SEP141784
(W) Ryohgo Narita (A/CA) Akiyo Satorigi
A new chapter of the New York Times-bestselling series unfolds in Ikebukuro, where Tokyo's most bizarre characters gather! Kida thought that taking action, reuniting his middle-school gang, would help him deal with the anger and anxiety dredged up by the slashing incident that landed Anri in the hospital. But instead of putting his feelings to rest, Kida is overwhelmed by memories of Saki, another girl he cared about who was hospitalized during the color wars. Will his actions only bring more suffering to the streets of Ikebukuro?
In Shops: Nov 19, 2014
SRP: $13.00
View All Items In This Series
ORDER WISH LIST