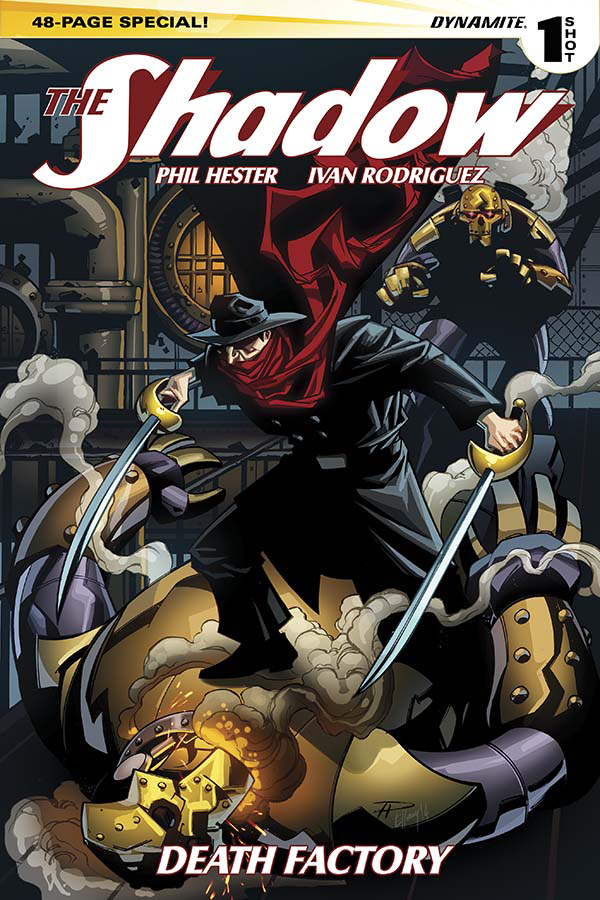 SEP141342
(W) Phil Hester (A) Ivan Rodriguez (CA) Phil Hester
The weed of crime, which once grew madly in the rich soil of the Great Depression, is now withering on the streets of New York. A new factory has sprung up among the shuttered sweatshops, sweeping the city's most notorious criminals and desperate lowlifes into its employ. When The Shadow's loyal operative Jericho Druke infiltrates the works, he finds it run by a fascist, technocratic madman bent on fomenting the racial tensions that threaten to shatter the United States. The Shadow and his team must destroy this Factory of Death before its lethal product poisons a nation.
In Shops: Jan 21, 2015
SRP: $7.99