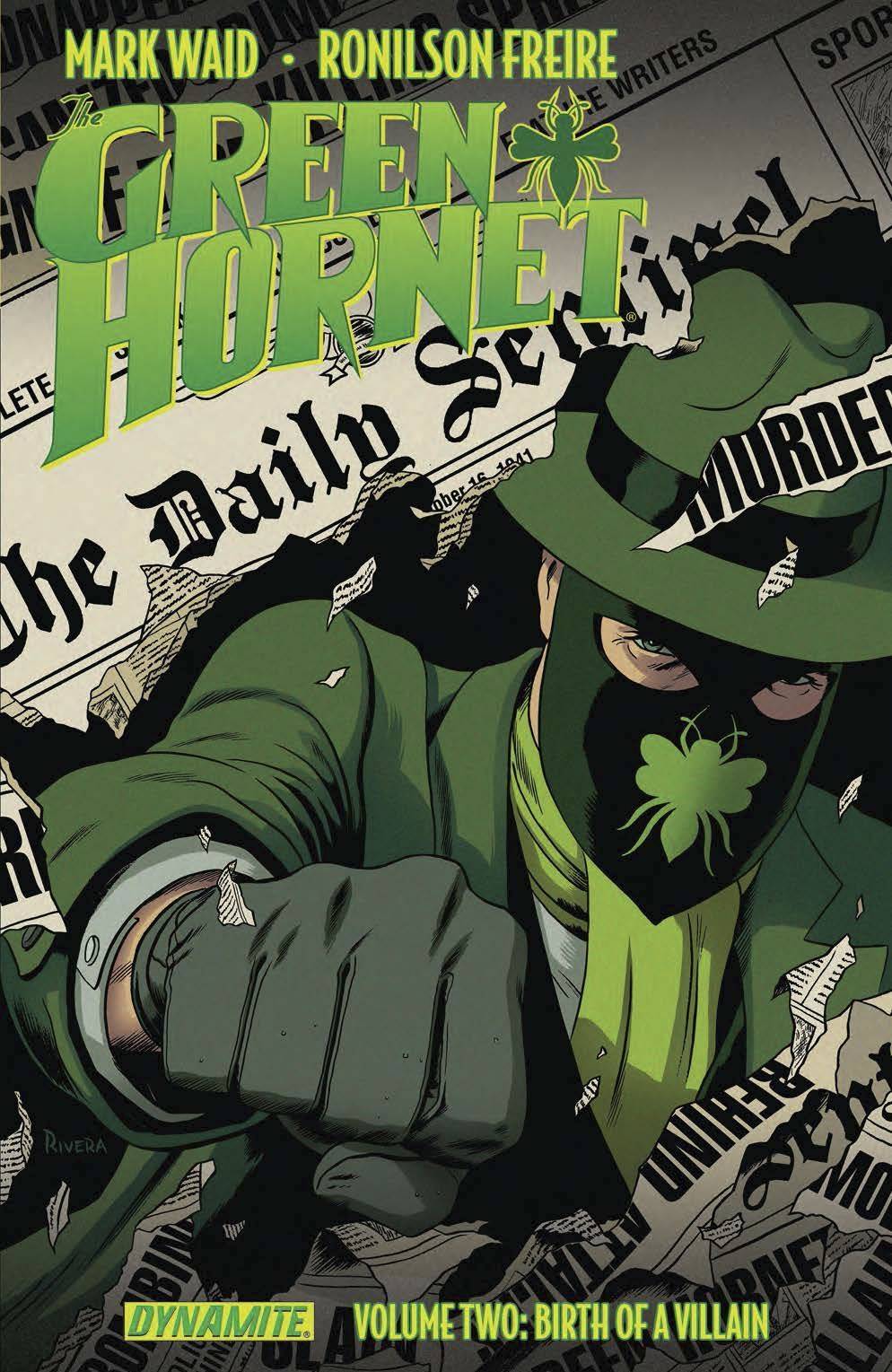 #
SEP141332
(W) Mark Waid (A) Ronilson Freire (CA) Paolo Rivera
Masquerading as a costumed crime lord, the Green Hornet establishes a criminal network to weed out the most wicked among their ranks.  But his actions have not gone unnoticed, and J. Edgar Hoover has declared him Public Enemy Number One!  Targeted by the law and gangster rivals, not even Britt Reid's fortune can buy Hornet and Kato out of this fix.  Superstar writer Mark Waid (Kingdom Come, Daredevil) concludes the epic story of Green Hornet's battle against his worst enemy: himself!
In Shops: Nov 19, 2014
SRP: $24.99
View All Items In This Series