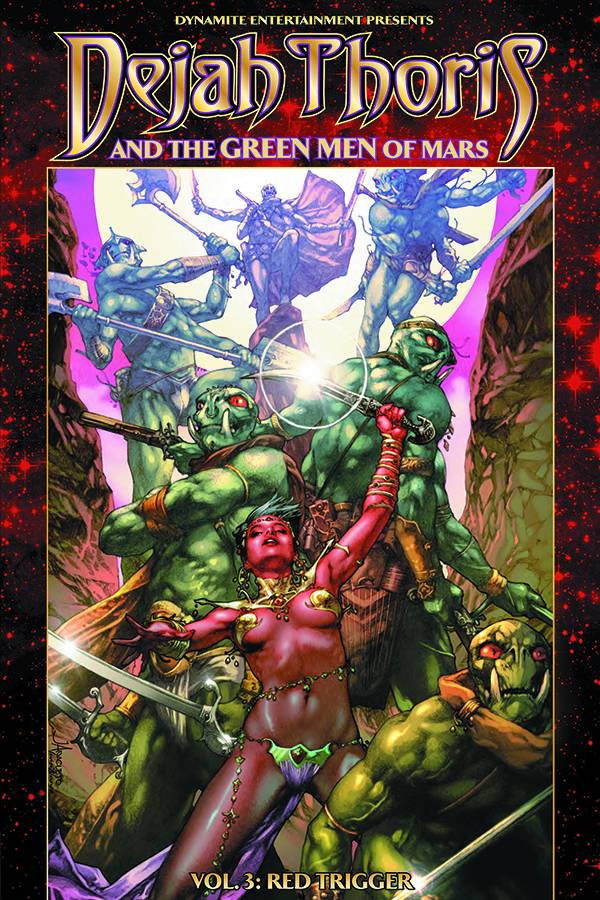 #
SEP141318
(W) Mark Rahner (A) Jethro Morales (CA) Jay Anacleto
She's faced the cannibal Thark, Voro, and he's dead. She's stopped his plot to terrorize Helium and destroy the peace between red and green people. Now, consumed with survivor's guilt, Dejah Thoris does something beyond reckless: joins a team of Thark warriors formerly under Voro's command for a suicide mission. The Princess poses as their slave to infiltrate a savage tribe of green Warhoons trekking across the Barsoomian desert to an ancient, unearthed weapon. Vastly outnumbered, they must stop the Warhoon lunatics from activating it with a psychic in their midst - and turning it on Helium!  Collects the final story arc (issues #9-12) from the Dejah Thoris and the Green Men of Mars comic book series, complete with a pin-up gallery featuring the entire gorgeous selection of variant cover artwork.
In Shops: Nov 12, 2014
SRP: $16.99
View All Items In This Series
ORDER WISH LIST