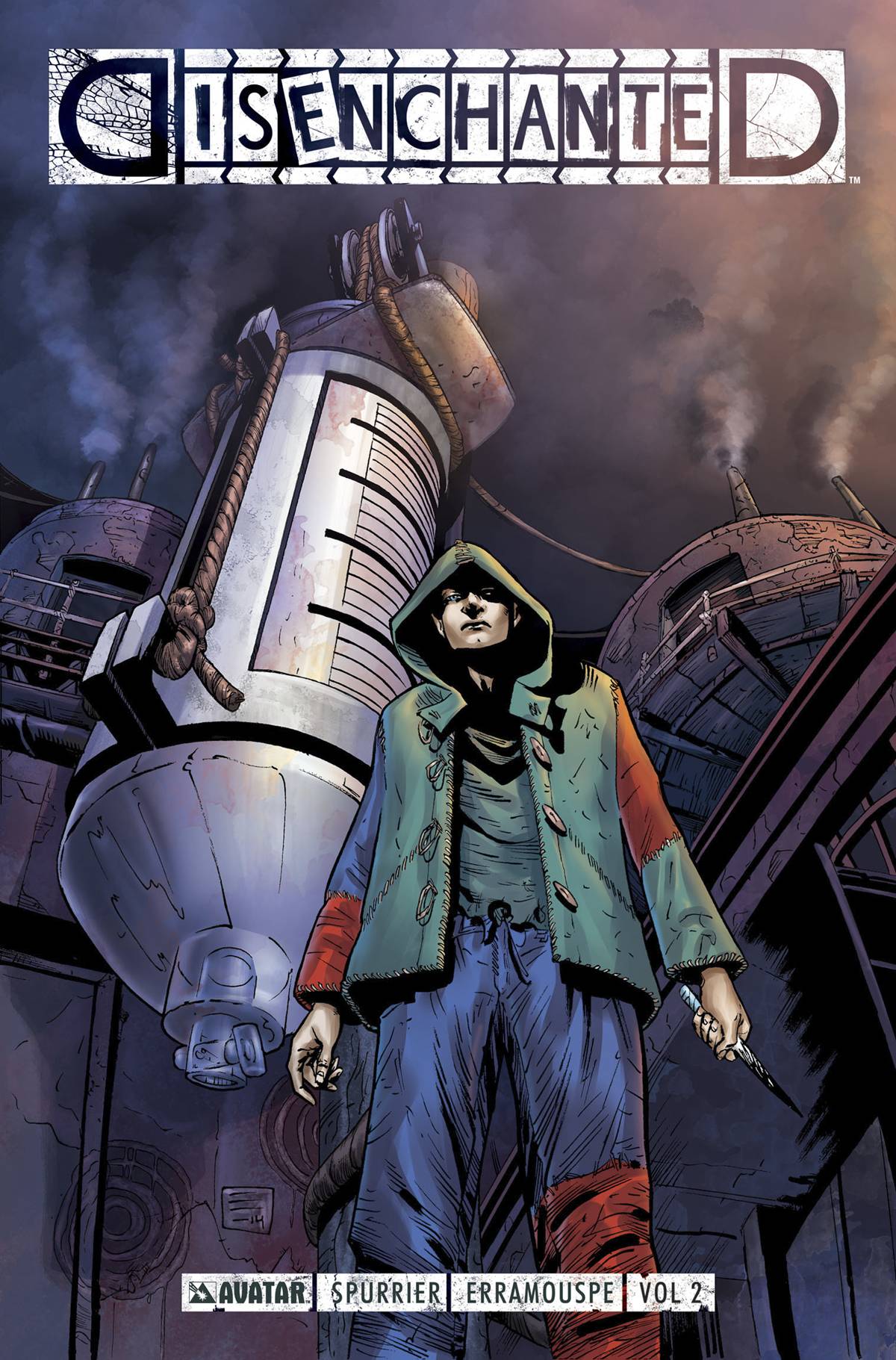 #
SEP141039
(W) Simon Spurrier (A/CA) German Erramouspe
Violence, sadism, crime, drug use, and racism rule on the streets of Vermintown. Simon Spurrier has created a fascinating city of angry fairy folk that have become far too much like the human race that no longer believes in them. The smash-hit web comic takes you into a metropolis of vices that unflinchingly shows us what happened to the fairy folk of yesteryear. Now this living and breathing city holds a darkness that has rotted it to the core. Vermintown is where magic went to die. And in its streets the worst evils in us are now poisoning the last remaining magics in the world. Disenchanted will change the way you look at fairytales forever! This volume collects the complete second chapter of the weekly web series.
In Shops: Dec 10, 2014
SRP: $19.99
View All Items In This Series