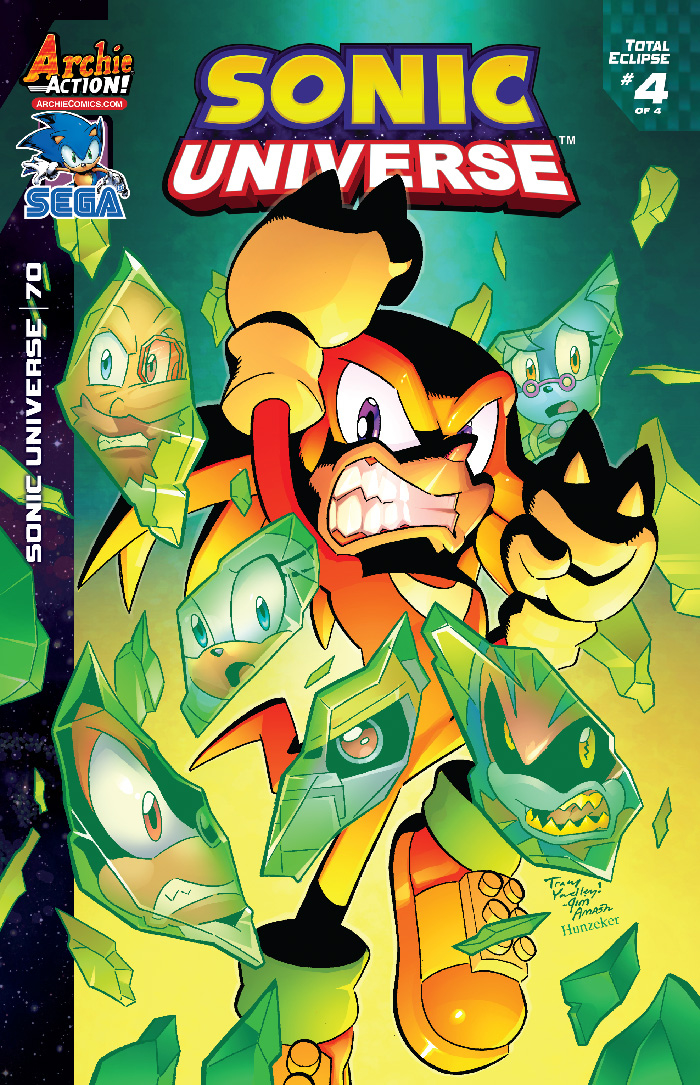 SEP141019
(W) Ian Flynn (CA) Ben Hunzeker (A/CA) Jim Amash, Tracy Yardley
The first ever Sonic universe trilogy reaches its stunning conclusion in "Total Eclipse," Part Four! Knuckles and Shadow must end their duel because Eclipse has escaped with the Master Emerald! Can the two chaos-fueled warriors stand up to the power of the Dark Arms? Knuckles may be forced into the one choice he doesn't want to make! Don't miss the sense-shattering finale that will change the shattered world crisis and the Sonic comic landscape as we know it! Featuring stunning new cover art from Yardley, Amash and Hunzeker, plus an awesome SEGA art variant featuring two of the biggest "Total Eclipse" stars: Knuckles and Rouge!
In Shops: Nov 19, 2014
SRP: $3.99
View All Items In This Series