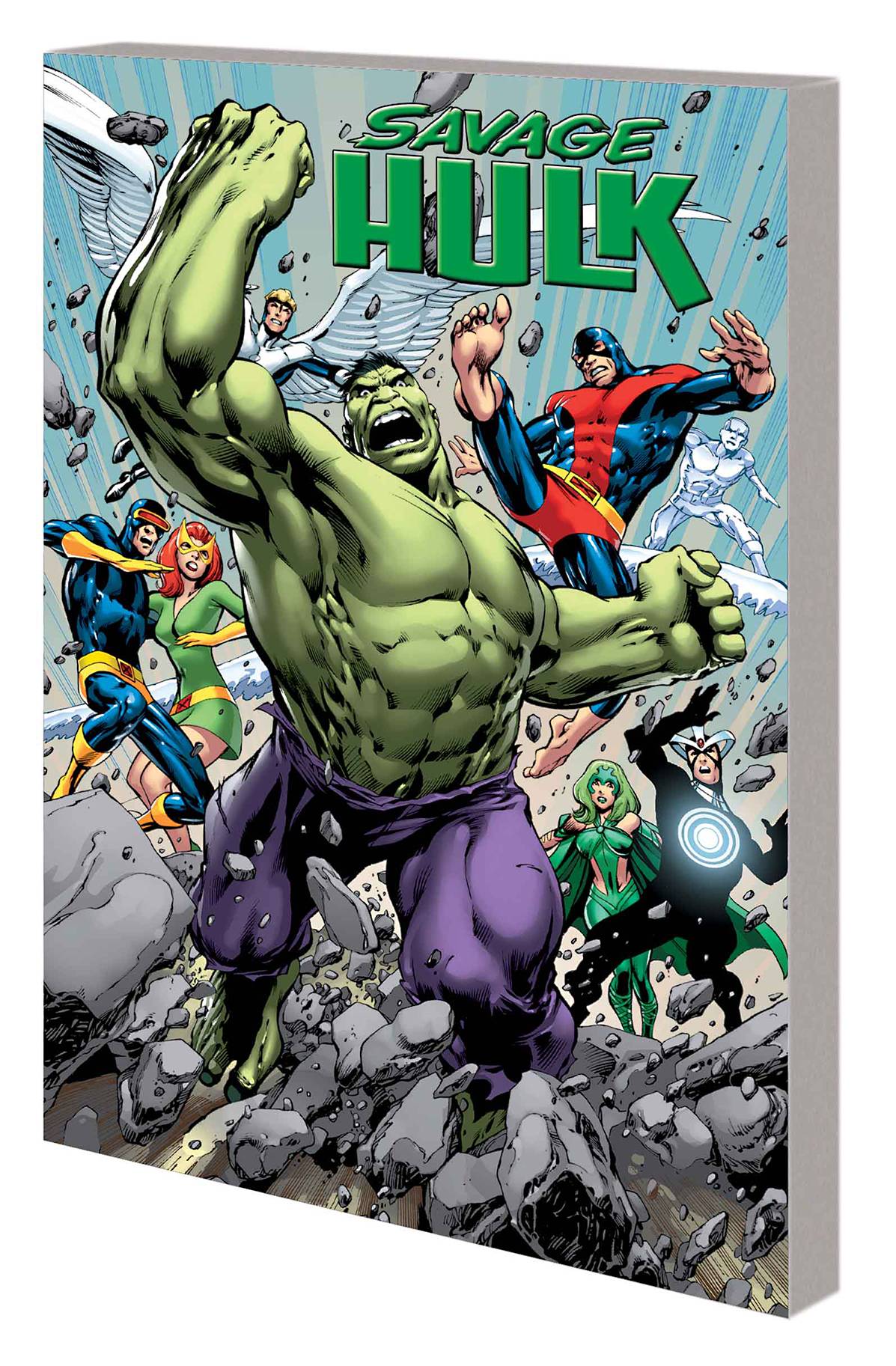 #
SEP140928
(W) Alan Davis, Roy Thomas (A) Sal Buscema (A/CA) Alan Davis
Alan Davis writes and draws a blockbuster story pitting the classic Silver Age Hulk against...the X-Men?! Learn the startling secret of Professor Xavier's connection to Bruce Banner! While Hulk and Abomination have the clash of the century, Xavier puts his plan into motion. But is he trying to save Banner, or terminate the Hulk? Or both? And Xavier isn't the only one with far-reaching plans, as the Leader makes his presence known! With the Hulk trapped in an unbelievable place, and the X-Men under lock and key, who - or what - is the newest gamma-powered goliath? It's robots, mutants and Hulks, oh my! Plus: a blast from the Silver Age past: the Hulk's first encounter with the X-Men from the swingin' sixties! Collecting SAVAGE HULK #1-4 and X-MEN (1963) #66.
In Shops: Dec 10, 2014
SRP: $17.99
View All Items In This Series