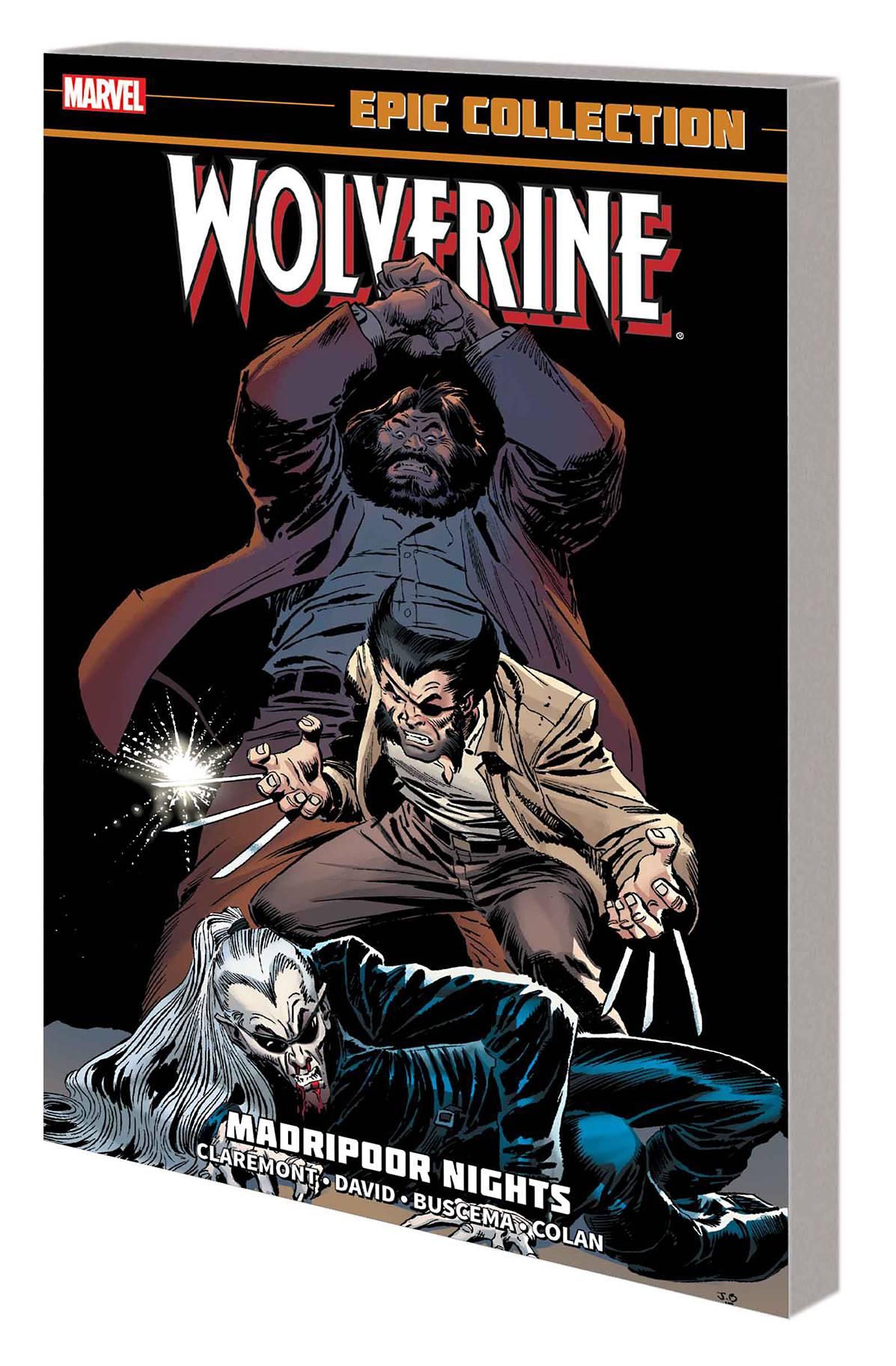 #
SEP140925
(W) Chris Claremont, Peter David (A) Gene Colan (A/CA) John Buscema
He's the best there is at what he does - but what he does isn't very nice. And now, Wolverine has broken out of the X-Men and into his own solo series! Feeling the urge to cut loose, Wolverine travels to Madripoor - an East Indian island full of pirates, cutthroats and...just the way Logan likes it! There, he'll take on ruthless crimelord Roche, meet the cunning Tyger Tiger, wield the mystical Black Blade, battle superhuman enforcers Roughouse and Bloodsport, and contend with drug kingpin Nguyen Ngoc Coy and his niece - the former New Mutant known as Karma! Plus: The Hulk comes to town, a formative battle with Sabretooth is revealed, and Wolverine hunts for the Gehenna Stone! Guest-starring Jessica Drew, aka Spider-Woman! Collecting WOLVERINE (1988) #1-16, and material from MARVEL COMICS PRESENTS (1988) #1-10 and MARVEL AGE ANNUAL #4.
In Shops: Dec 10, 2014
SRP: $34.99