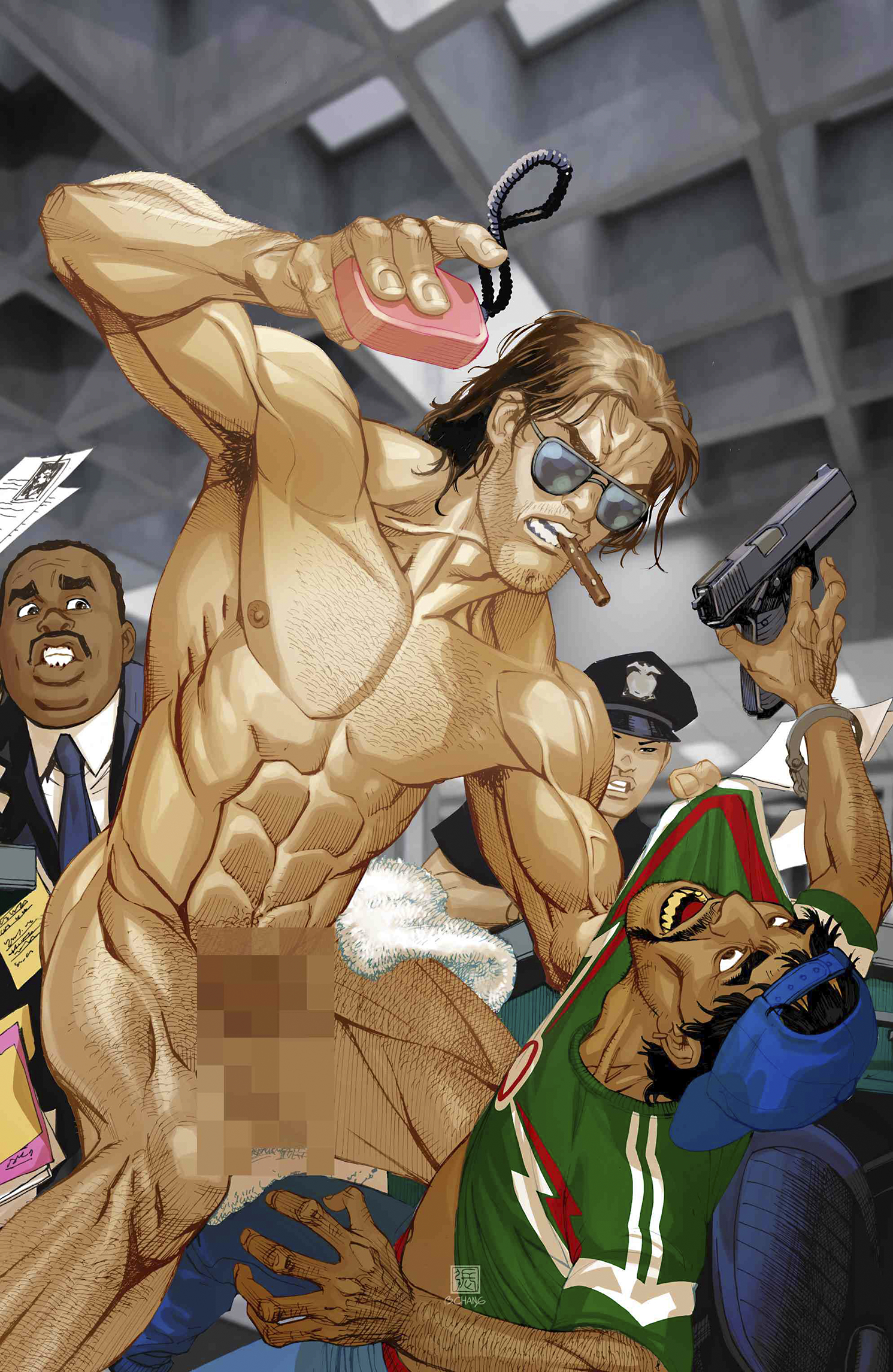 SEP140532
(W) Jack Lambert, Scott Marder, Rob Rosell (A) Brandon McKinney (CA) Bernard Chang
Doberman's been put on a leash, but now that he's picked-up the scent, this dog WILL hunt. With a lead on Kane's drug-running operations, Doberman must send his rookie partner Newton undercover. Inexperienced, incompetent, and incapable of being in the same room as a crustacean, Newton may have mad computer skills-and a fake ear-but will that be enough to bring Kane down?
In Shops: Nov 19, 2014
SRP: $3.99
View All Items In This Series
ORDER WISH LIST