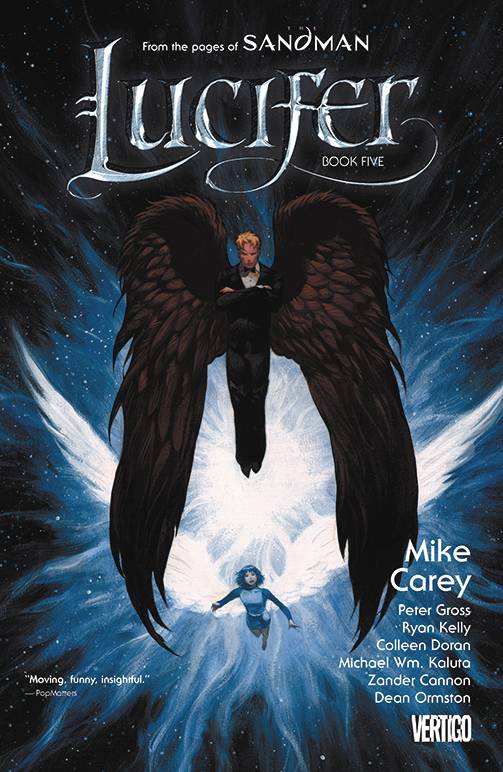 #
SEP140346
(W) Mike Carey (A) Peter Gross, Ryan Kelly, Colleen Doran, Michael William Kaluta, Zander Cannon, Dean Ormston, Aaron Alexovich (CA) Christopher Moeller
In this final volume collecting issues #62-75, the forces of Heaven, Hell, and everyone in between wage a final battle to determine the fate of both Yahweh and Lucifer's Creations - a fate no one, not even the Lightbringer, could foresee. And in the aftermath of the battle, how will Lucifer and his cohorts pick up their lives and tie up loose ends?
In Shops: Dec 24, 2014
SRP: $29.99
View All Items In This Series