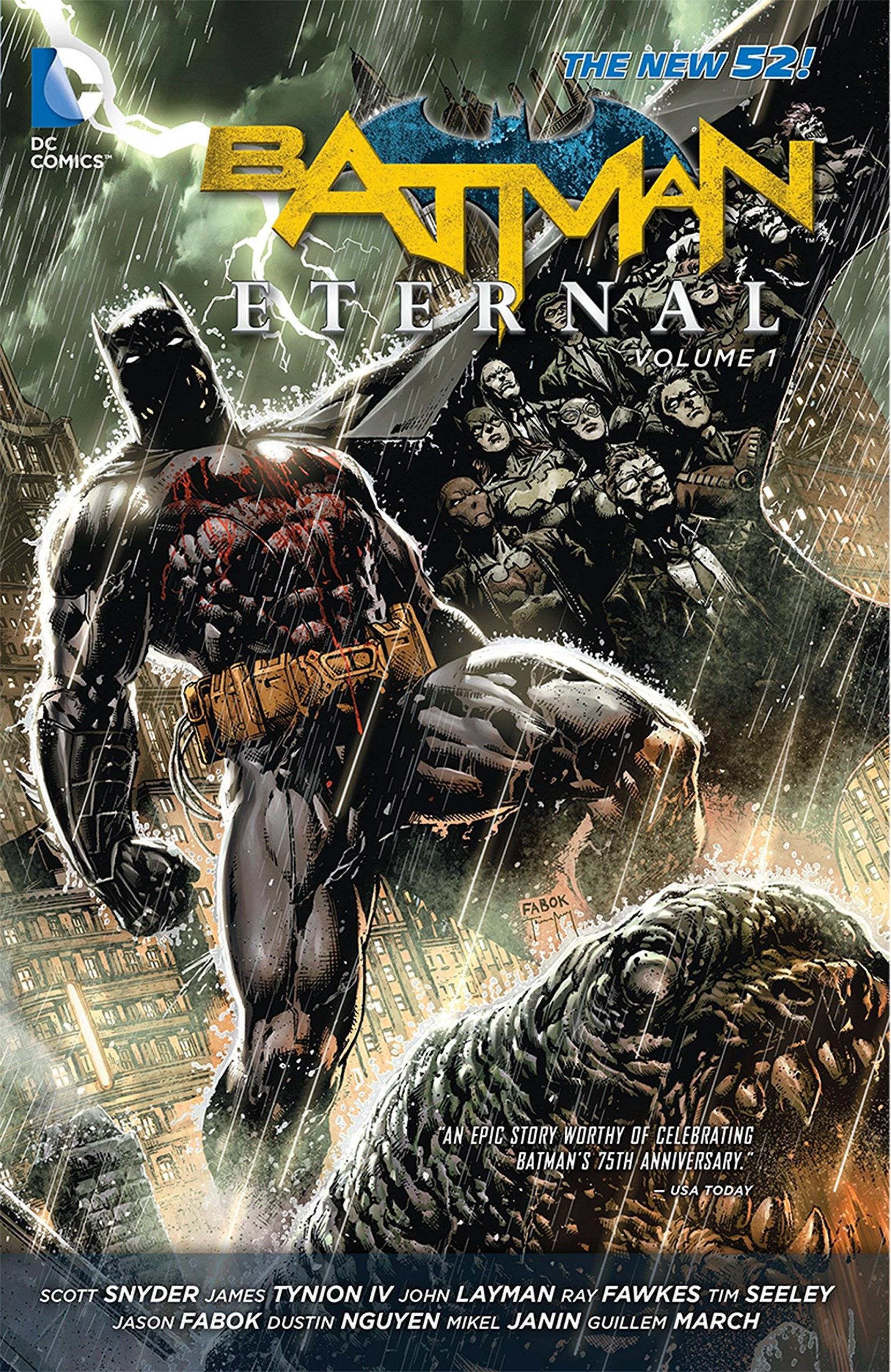 #
SEP140302
(W) Scott Snyder, James TynionIV, Ray Fawkes, John Layman, Tim Seeley, Kyle Higgins (A) Dustin Nguyen, Derek Fridolfs, Andy Clarke, Trevor McCarthy, Emanuel Simeoni, Guillem March, Riccardo Burchielli, Ian Bertram, Mikel Janin, Guillermo Ortego (A/CA) Jason Fabok
In the wake of FOREVER EVIL, the world looks at heroes in a different light, creating tension between Batman and his allies and the Gotham City Police Department. When a gang war breaks out and new villains arise, it's up to the Dark Knight, Batgirl, and others to turn the tide as best as they can - but will the GCPD be a help or a hindrance? Plus, a fan-favorite character makes her long-awaited DC Comics - The New 52 debut: Stephanie Brown! Don't miss these stories from BATMAN ETERNAL #1-20!
In Shops: Nov 26, 2014
SRP: $39.99
View All Items In This Series
ORDER WISH LIST