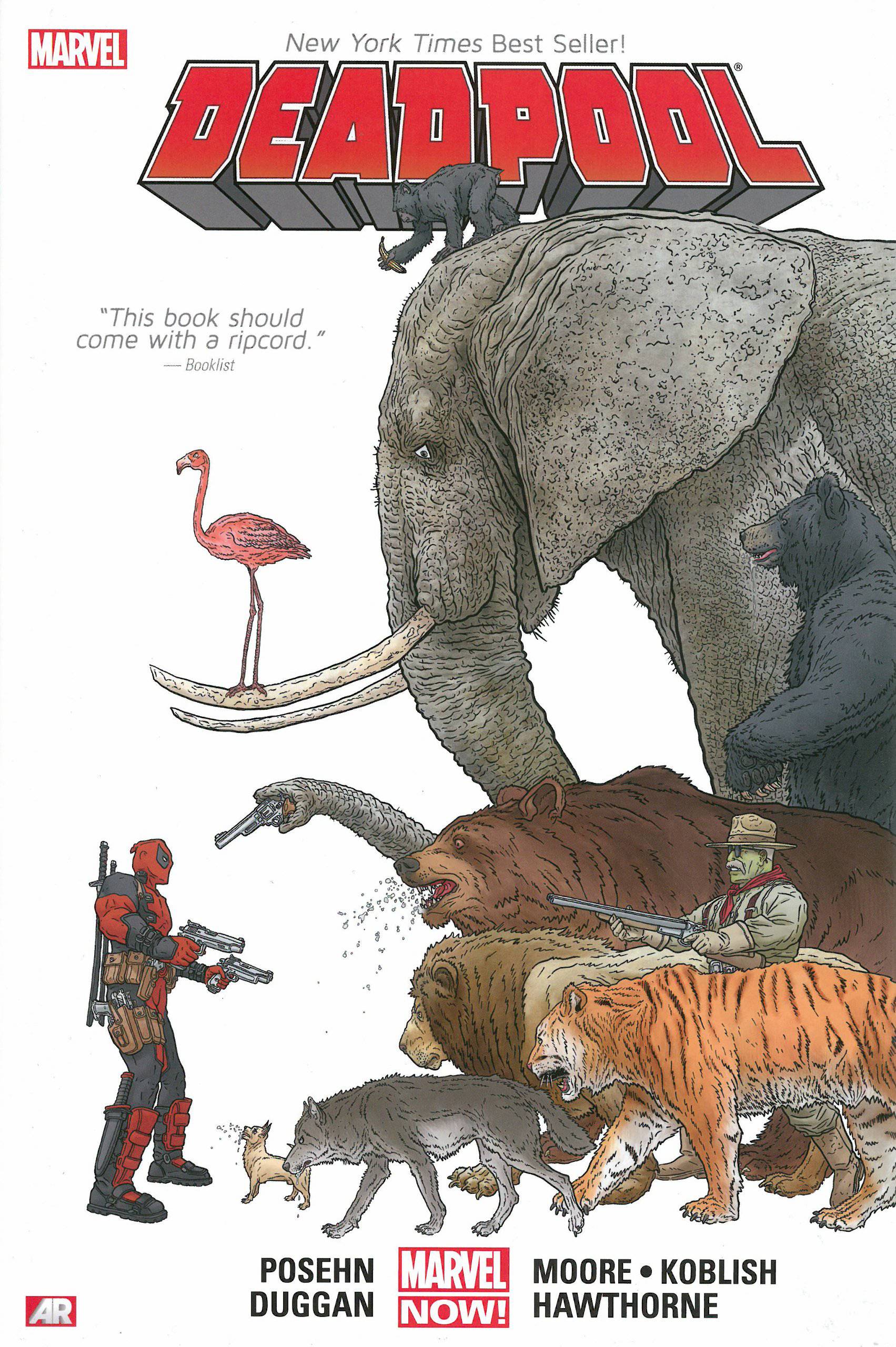 #
SEP130796
(W) Various (A) Various (CA) TBD
Gerry Duggan and Brian Posehn's hilarious, nonstop reinvention of the Merc With a Mouth! When a cadre of dead U.S. presidents - from George Washington to Gerald Ford - rise from the grave to terrorize their countrymen, only someone with the already-sullied reputation, indiscriminate killing skills and implicit insanity defense of a heavily armed madman can be trusted with this abhorrent operation. But who in the Marvel Universe will dirty their hands by bashing in these resurrected heads of state? NOW! is the time for Deadpool! Then: A demon hires Deadpool to reclaim damned souls! And just in case you didn't think he could get any stranger, Wade gets in touch with his feminine side! Guest-starring your Superior Neighborhood Spider-Man and some dude with aquatic powers! And we promise Deadpool kills one of those two! Plus: Flash back to Wade's adventures of yesteryear with Iron Man! Collecting DEADPOOL #1-12.
In Shops: Feb 05, 2014
SRP: $34.99
View All Items In This Series
ORDER WISH LIST