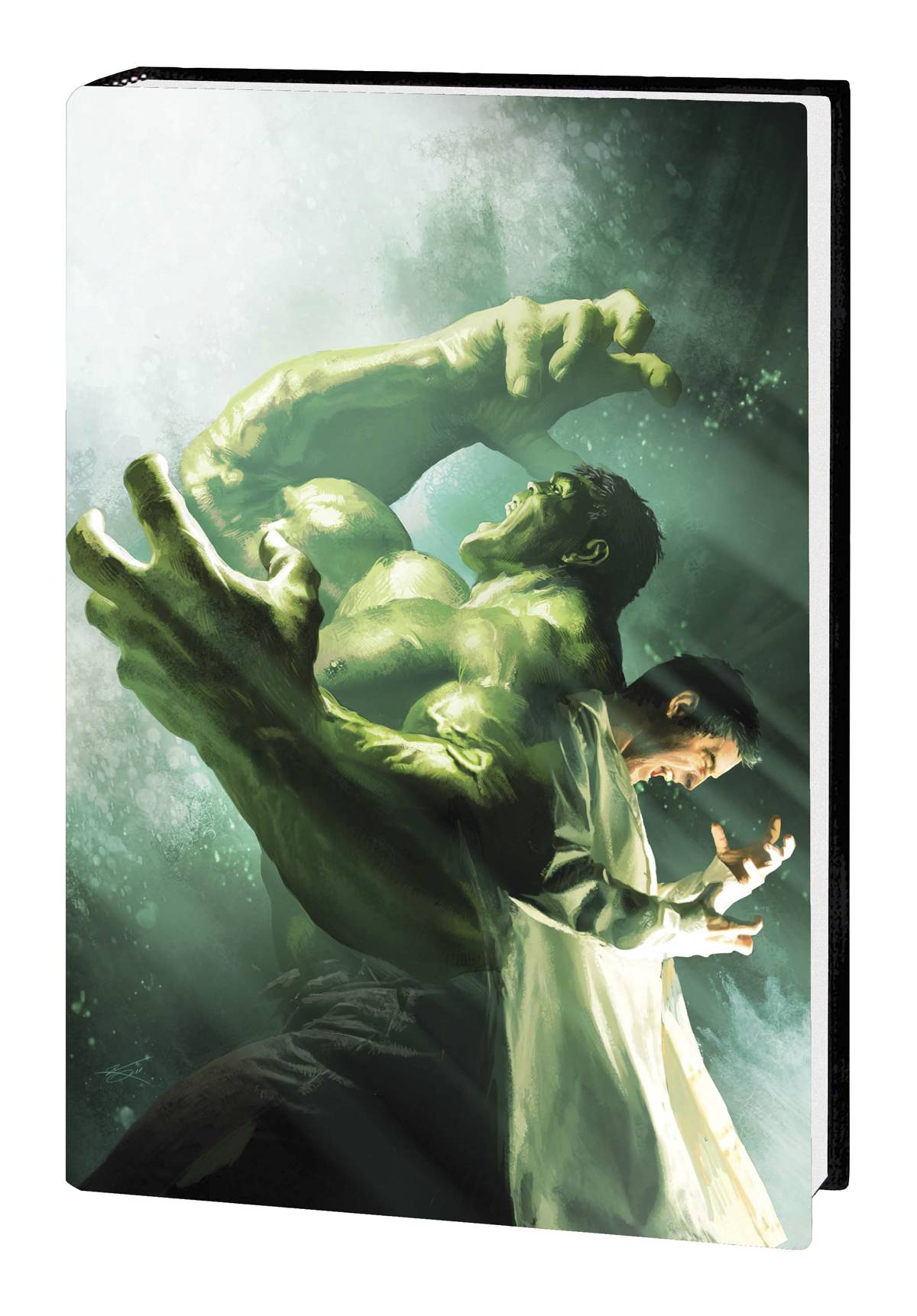 #
SEP120688
(W) Jason Aaron (A) Various (CA) Michael Komarck
It's the strangest, smashing-est Hulk yet! The green goliath discovers that to remain himself - and prevent the diabolical Dr. Banner from re-emerging - he must STAY ANGRY! The Hulk picks fights against drug cartels, sea monsters, Russian super-soldiers and a lost city of Sasquatches - oh, and the Punisher, Kraven the Hunter, Wolverine and the Thing! But when Banner's devious master plan is revealed, and Dr. Doom returns, it's a monumental day of reckoning for both Hulk and Banner! Hulk wants a piece of Doom, Banner plays an endgame of his own, and it all leads to an explosive conclusion! Collecting INCREDIBLE HULK (2011) #7.1 and #8-15.
In Shops: Dec 19, 2012
SRP: $34.99
View All Items In This Series
ORDER WISH LIST