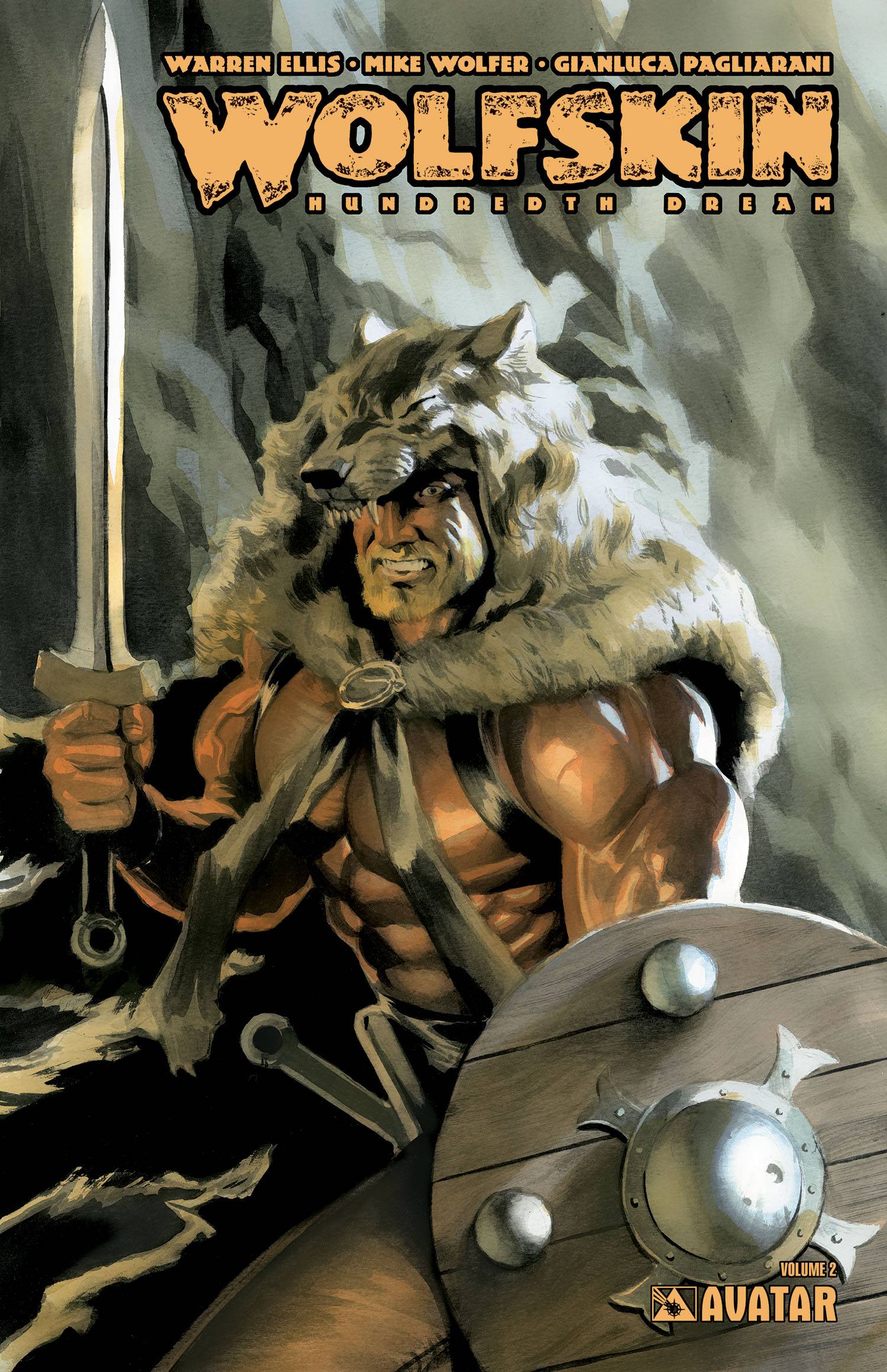 #
SEP110815
(W) Warren Ellis, Mike Wolfer (A/CA) Gianluca Pagliarani
Before history was recorded in stone and ink, some men wrote it in blood! The entire Wolfskin: Hundredth Dream six issue series is collected here. Wolfskin, a nomadic warrior, hopes to find a new purpose in life after the accidental slaughter of his own tribe while in the throes of an uncontrollable berserker rage. Hired as a guide and swordsman for a rescue mission to the volcanic ice plains, he travels north with a band of misfits and magicians whose skills and ideology is perched between prehistory and the advent of technology. What dreadful enemy will they face on the outskirts of civilization, and will Wolfskin even have a place in the world should he slay it? A new heroic legend from the darkest corridors of time, as chronicled by long-time collaborators Warren Ellis and Mike Wolfer (Gravel) with stunning art by Gianluca Pagliarani (Crossed 3D)!
In Shops: Dec 21, 2011
SRP: $27.99
View All Items In This Series
ORDER WISH LIST