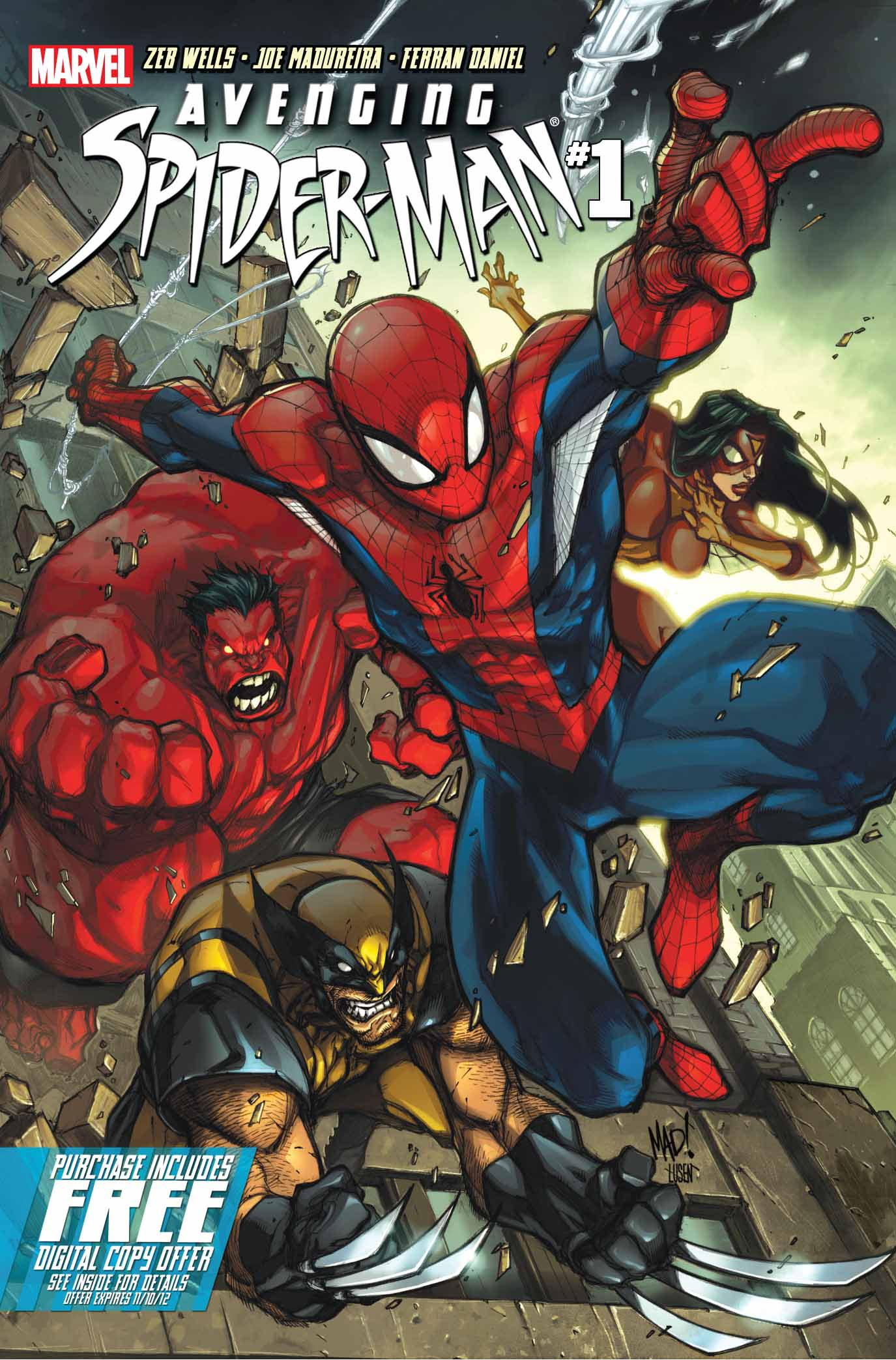 SEP110536
(W) Zeb Wells (A/CA) Joe Madureira
Written by ZEB WELLS
Pencils & Cover by JOE MADUREIRA
Variant Cover by JOE QUESADA
Variant Cover by HUMBERTO RAMOS
Variant Cover by J. SCOTT CAMPBELL
Blank Variant Cover also available
GET MAD!
This is what you've been waiting for! The return of legendary artist Joe Madureira (X-Men, Battle Chasers) and fan-favorite Spidey writer Zeb Wells in a brand new, highly anticipated, monthly Spider-series that teams the wall-crawler up with some of the greatest heroes in the Marvel Universe. In our first issue, Spider-Man and Red Hulk take on a Moloid army during the New York Marathon!  Stay safe until November because you'll want to be here!
Polybagged with a free Marvel Comics App digital download code.
32 PGS./Rated T+