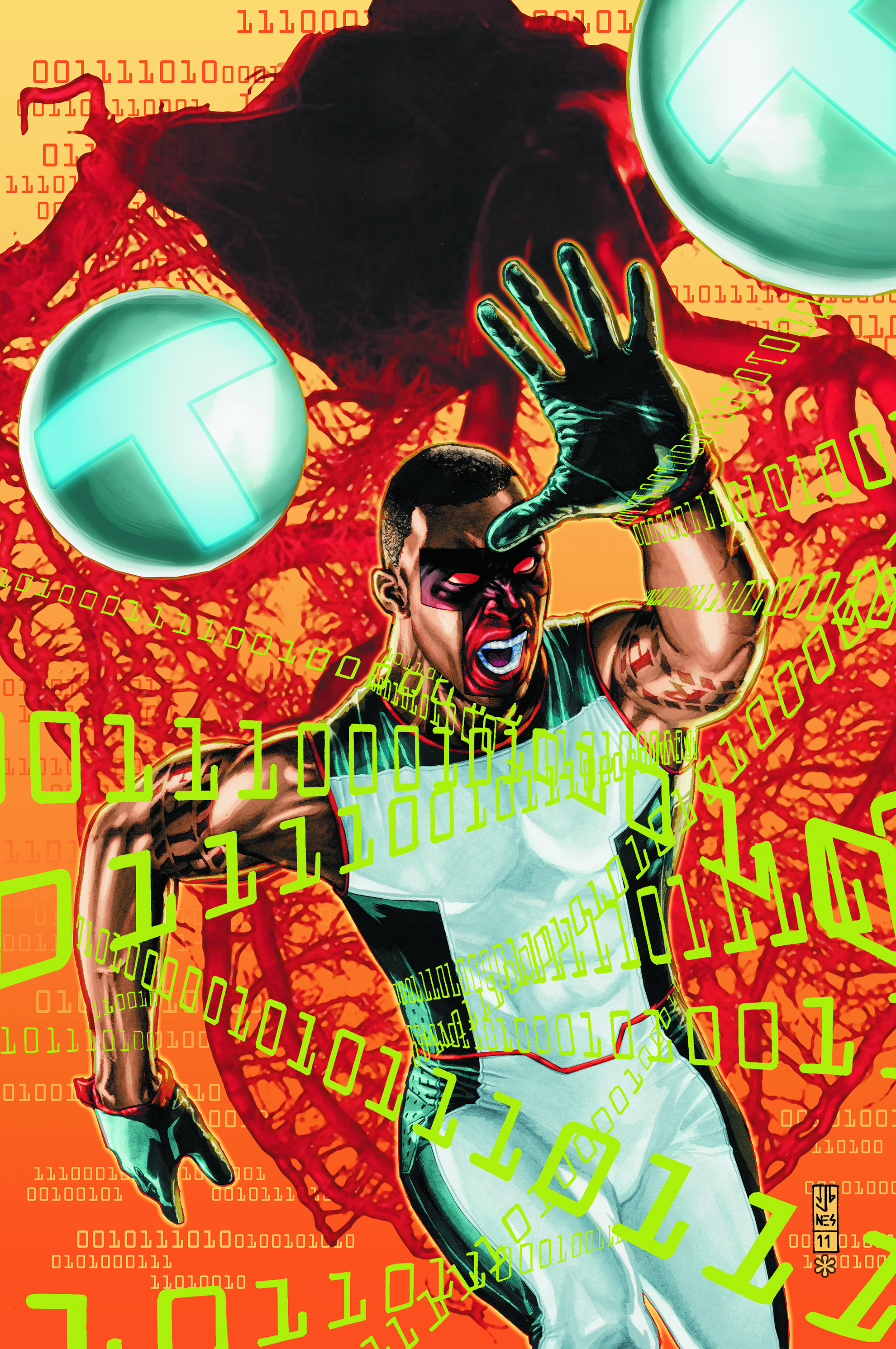 SEP110112
(W) Eric Wallace (A) Scott Clark, David Beaty (CA) J. G. Jones
Written by ERIC WALLACE
Art by SCOTT CLARK and DAVE BEATY
Cover by J.G. JONES
With the city of Los Angeles tearing itself apart, Mister Terrific battles the mind-leech known as Brainstorm to stop him from draining its citizens dry. But when a shocking secret from Michael's past is revealed, a hero is pushed over the edge. Will this be the end of Mister Terrific?