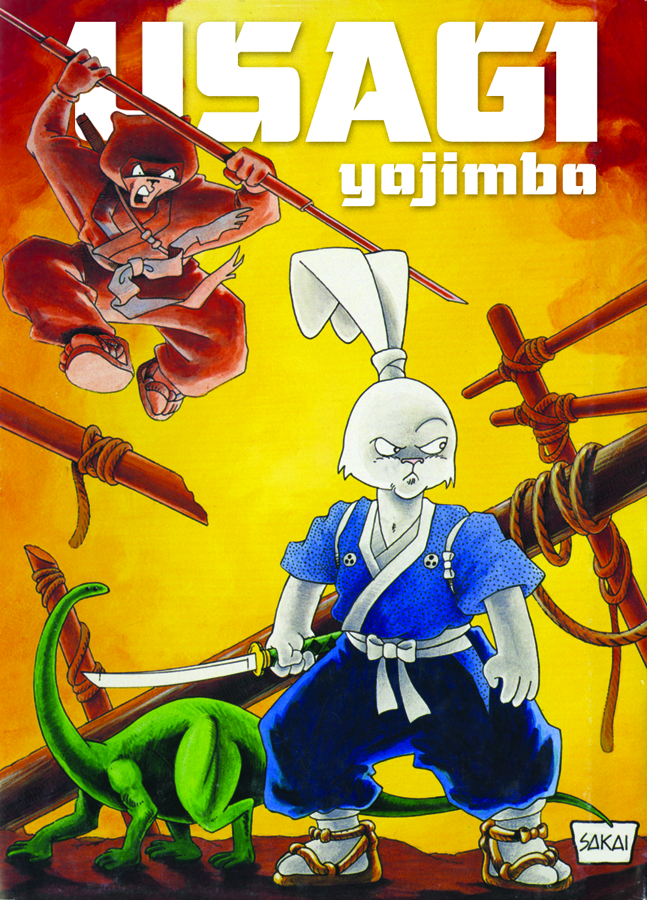 SEP101020
(W) Stan Sakai (A/CA) Stan Sakai
Created in 1984, Stan Sakai's USAGI YOJIMBO (2008 Eisner Nominee for Best Continuing Series) has vaulted to the forefront of iconic modern comics characters and is a perennial, favorite. Stuffed with engaging supporting characters, villains, and even a romantic interest or two, USAGI YOJIMBO chronicles the action-packed wanderings of a masterless samurai in feudal Japan. For the first ten years of his career, the battling bunny was published by Fantagraphics. In honor of his 25th anniversary, Fantagraphics is releasing a deluxe slipcase set collecting the first seven USAGI YOJIMBO books! With over 1000 pages of story and brimming with extra's (full color cover gallery! behind the scenes art! career-spanning interview! and more!), this is the complete! definitive! early USAGI YOJIMBO!
In Shops: Dec 15, 2010
SRP: $100.00
View All Items In This Series
ORDER WISH LIST