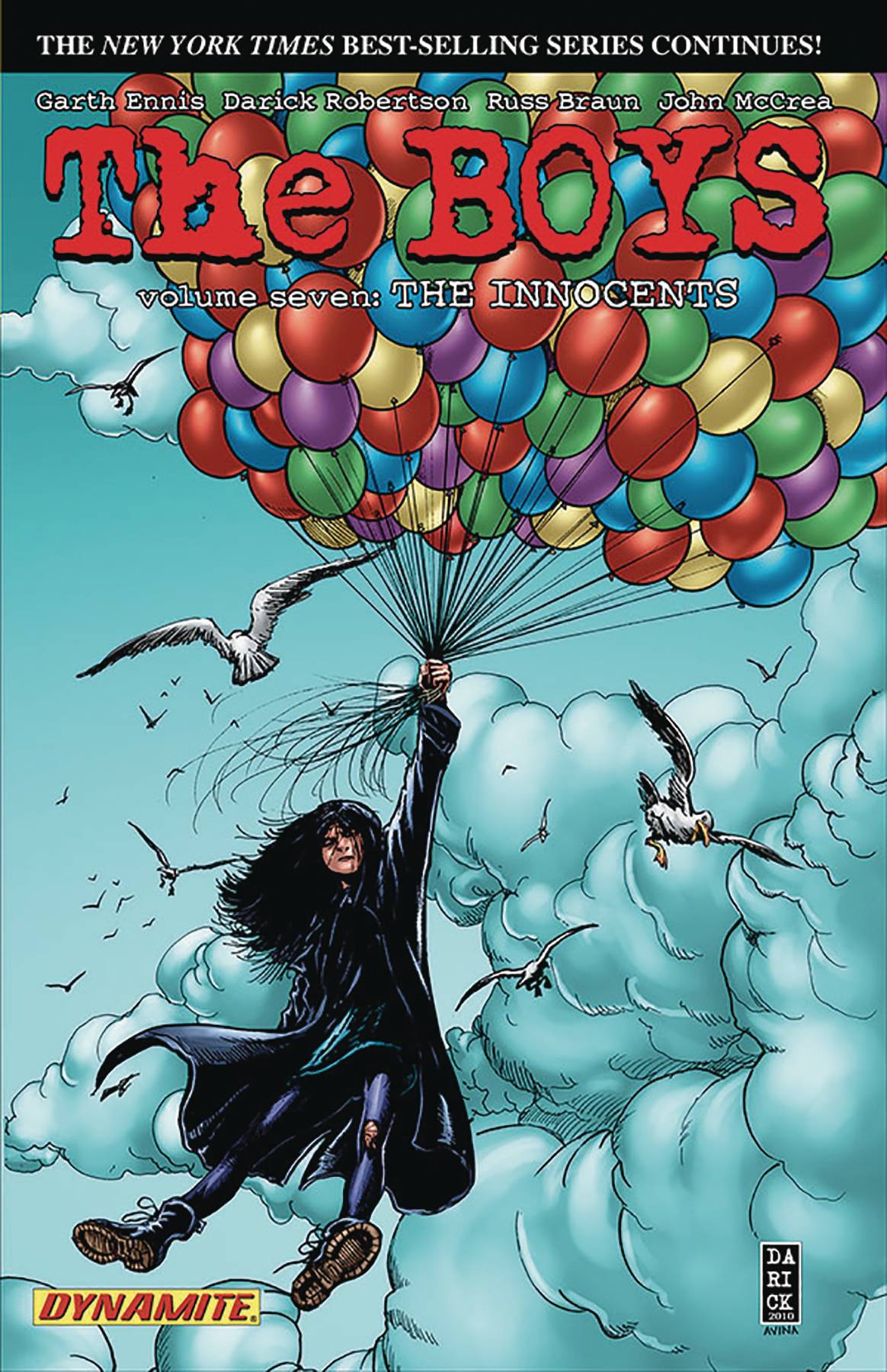 #
SEP100958
(W) Garth Ennis (A) Russell Braun (CA) Darick Robertson
So where are the real superheroes? The warriors for truth and justice, the defenders of the American way, the heroes who fight to make things right and ask for nothing in return? Hughie finds out when he meets the teenage adventurers known as SUPERDUPER... but unknown to the little Scotsman, Butcher has finally learned his secret. A dire scheme is set in motion, and at the vast superhero evangelist festival of BELIEVE, Hughie's relationship with Annie January - aka Starlight of the Seven - reaches its terrible conclusion. And soon The Boys themselves risk being torn asunder. The Boys, Vol. 7: The Innocents reprints issues 39-47 of the New York Times Best-Selling series by Garth Ennis, Darick Robertson, Russ Braun and John McCrea, and features all of the covers by Robertson!
In Shops: Nov 03, 2010
SRP: $19.99
View All Items In This Series