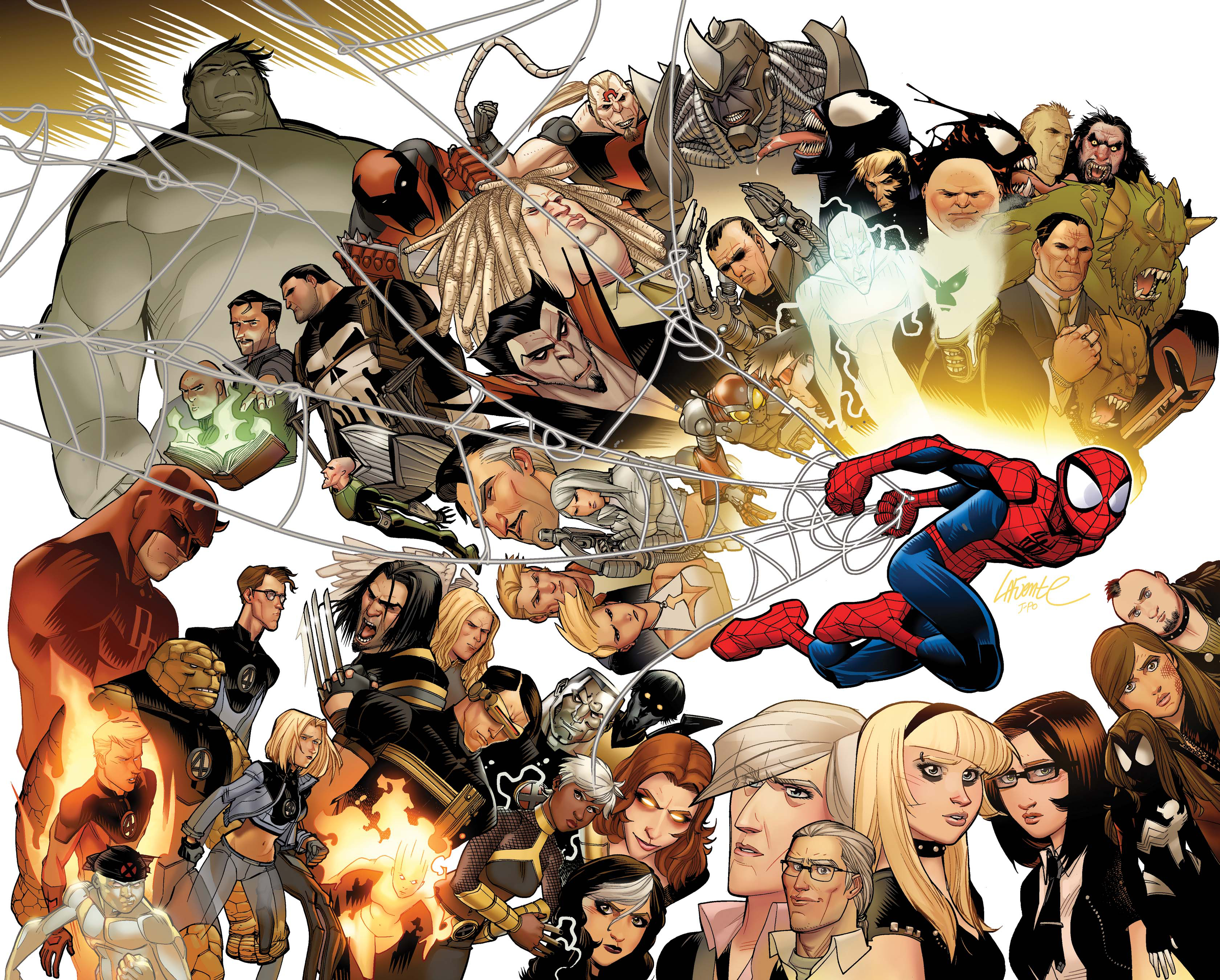 SEP100565
(W) Brian Michael Bendis (A) Jo?lle Jones, Jamie McKelvie, Sara Pichelli, Skottie Young (A/CA) David Lafuente
Written by BRIAN MICHAEL BENDIS
Art by DAVID LAFUENTE, SKOTTIE YOUNG, SARA PICHELLI, JAMIE MCKELVIE & more!
Cover by David Lafuente
Variant Cover by J. SCOTT CAMPBELL
Wraparound Variant Cover by Mark Bagley
Not only is this officially the Ultimate Spider-Man 150th issue anniversary,  but it is also the 10 year anniversary of the birth of the Ultimate Marvel universe!! Can you believe it?? We can't either! To celebrate, Eisner award-winning series writer Brian Michael Bendis has created this triple size extravaganza and gathered together a stellar lineup of amazing artists!!  A reunion of the greatest artists of not only this historic book but of the the entire line of Ultimate Comics. Poor Peter Parker has made such a mess of his life as Spider-Man that the other super heroes  are forced to gather together and decide once and for all what to do with the young wall crawler. Guest starring the New Ultimates, the Storm Siblings, Ben Grimm, Iceman,  Kitty Pryde and a slew of surprise stars! Also includes reprinting of Ultimate Spider-Man Super Special #1 featuring an all-star artist line-up!
104 pages/54 pages of reprinted material/Rated T+