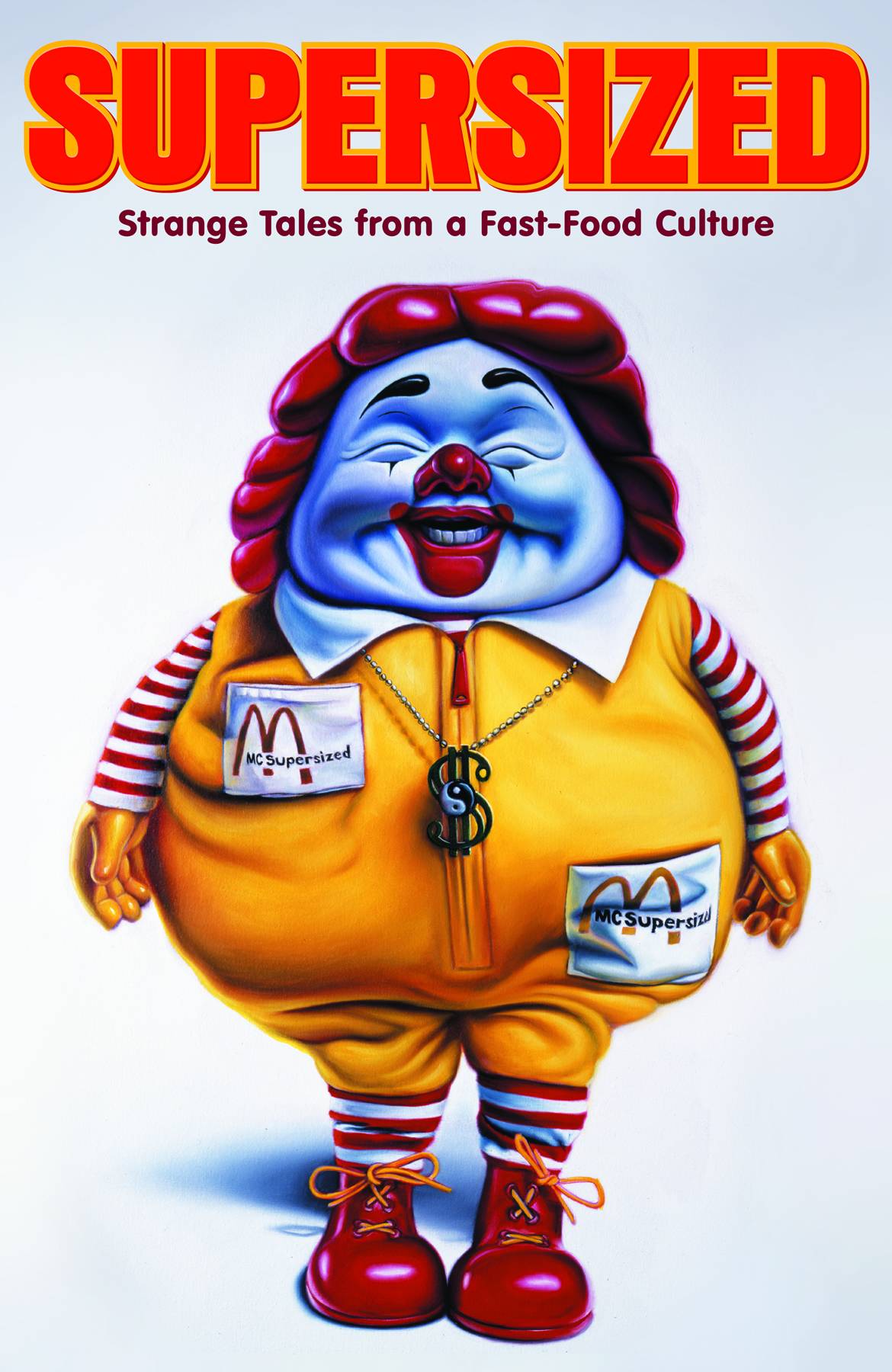 SEP100110
(W) Jeremy Barlow, Morgan Spurlock (A) Lukas Ketner, Tony Millionaire, Ron Chan, Lucas Marangon (CA) Ron English
Morgan Spurlock (W), Jeremy Barlow (W), Lukas Ketner(A), Tony Milionaire (A), Ron Chan (A), Ron English (Cover), and others
Do you dare find out what's happening behind the counters of your neighborhood fast-food joint? Then grab a bucket and dive into one of the creepiest graphic novels of the year! Supersized: Strange Tales from a Fast-Food Culture is an entertaining-and at times gut-wrenching-series of stories focusing on America's ubiquitous and potentially destructive fast-food culture. A perfect companion to Super Size Me, the graphic novel will bridge the gaps between humor, fact, and heart, while peering behind the scenes of the fast-food world.

o Written by Morgan Spurlock with writer Jeremy Barlow and drawn by a variety of creators, Supersized: Strange Tales from a Fast-Food Culture is an original graphic-novel companion to the Academy Award-nominated movie and expands on some of the bizarre stories not featured in the original film.

o  The creative brain trust behind The Simpsons chose Morgan Spurlock (Super Size Me, 30 Days, Where in the World Is Osama bin Laden?) to direct the Simpsons' twentieth- anniversary documentary.