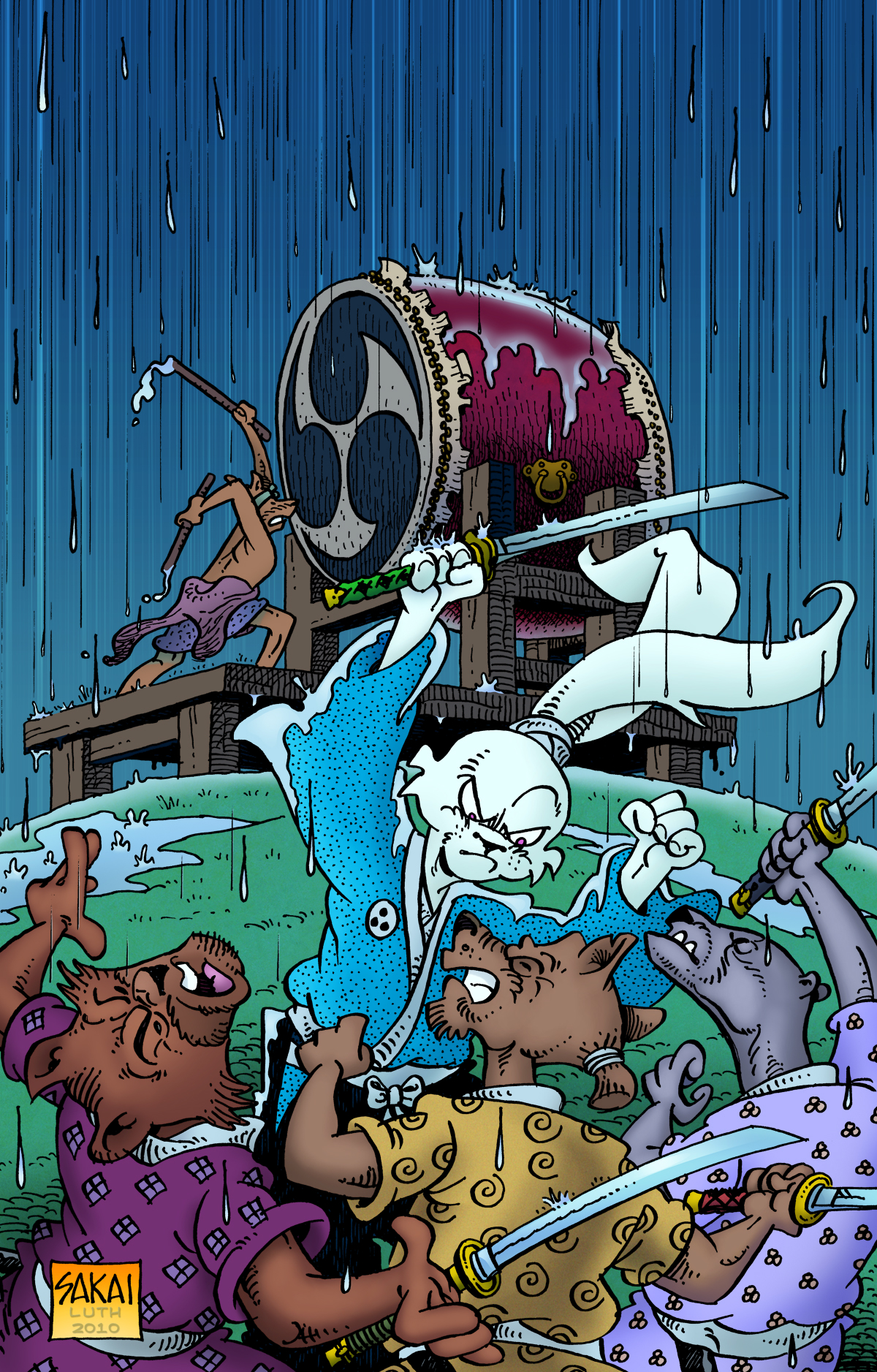 These issues form both halves of "Taiko," a special double-issue story line. A group of drought-stricken farmers commission an enormous taiko drum to show their devotion to the gods, and pray for rain. But the bloodthirsty Red Scorpion Gang threatens to destroy the drum unless the farmers pay up, so the farmers must turn to rabbit ronin Usagi to protect the drum, lest they face starvation from drought! When the Red Scorpion Gang burns down the farmers' temple and the drum is in jeopardy, Usagi must figure out how to rescue it and fight the Red Scorpions at the same time, or all is lost!

o Issue #123 of this Eisner Award-winning series was nominated for the 2010 Eisner for Best Single Issue!