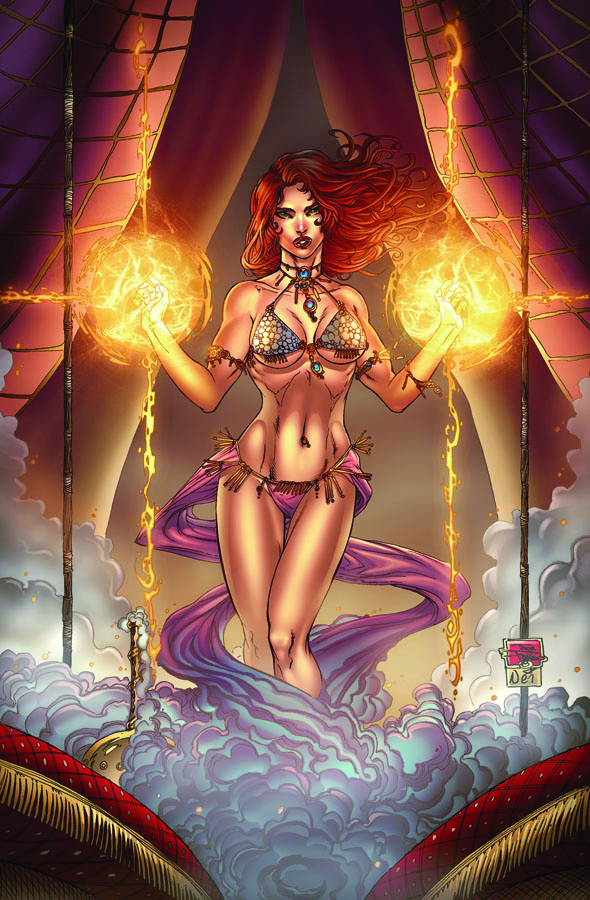 SEP084386
(W) Dan Wickline (A) Various (CA) Joe Prado
by Dan Wickline
Part 2 of the very first Grimm Fairy Tales/1001 Arabian Nights summer crossover event! A man searching for a cure to his dying wife's illness may find that the remedy is far worse than the disease itself as he discovers a little known fairy tale courtesy of Belinda. "The Three Snake Leaves" tells the story of a man who is willing to do anything to bring back his dead wife, and the dire price he must pay. Revealing the full origin of Wilhelm from The Adventures of Sinbad, this final part of the crossover is one not to be missed!