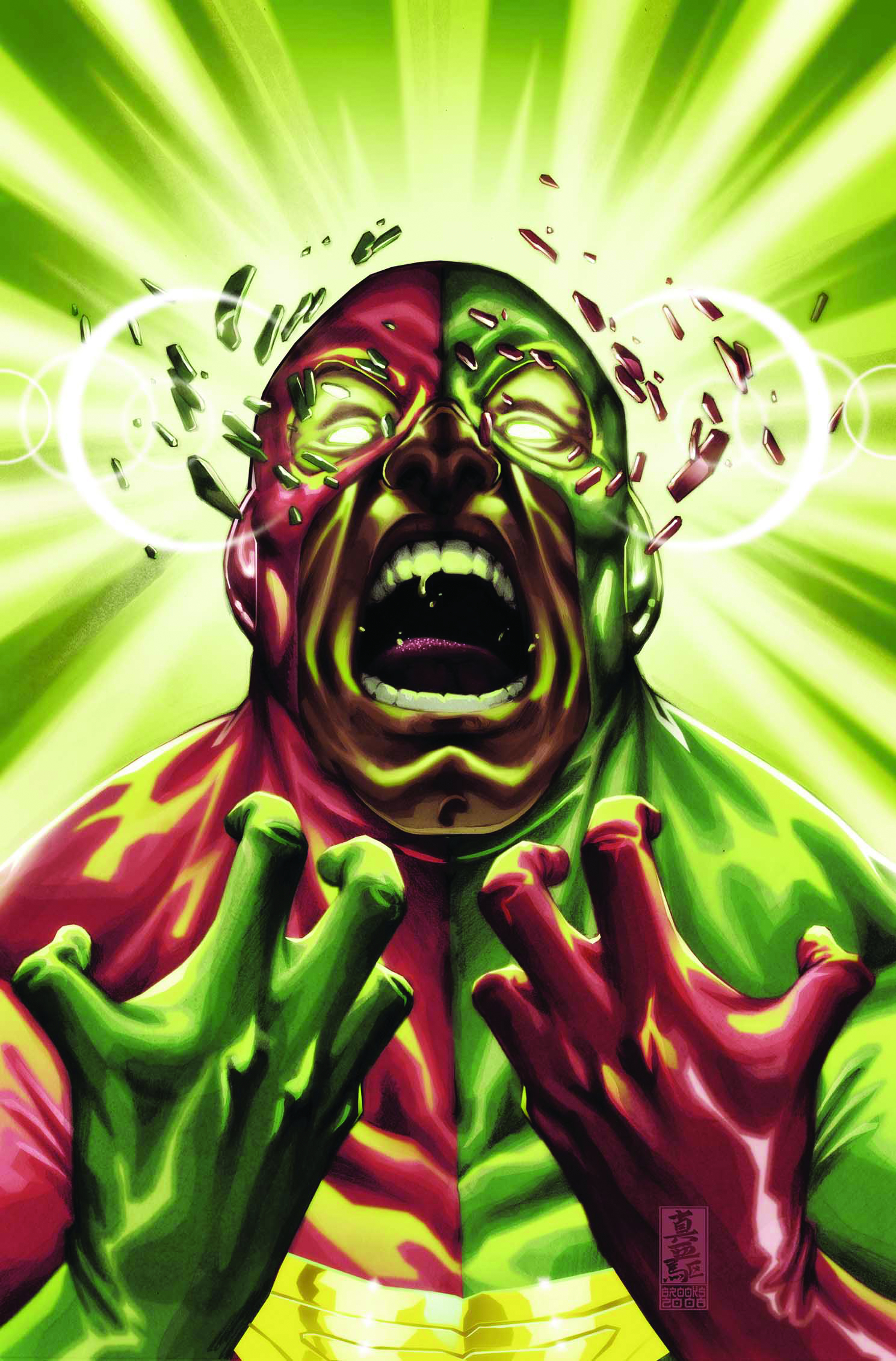 SEP082362
(W) Christos N. Gage, Dan Slott (A) Bong Dazo, Harvey Tolibao (CA) Mark Brooks
Written by DAN SLOTT & CHRISTOS N. GAGE
Penciled by STEFANO CASELLI
Cover by MARK BROOKS
SECRET INVASION Tie-In!
"V-S DAY"-It's been leading to this since the Hank Pym Skrull first came up with the idea for a Fifty State Initiative.  This is the final assault in the Secret Invasion, a nation-wide plan that will test the limits of 3-D MAN'S superhuman militia, THE KILL KREW ARMY! Join 3-D MAN, CLOUD 9, KOMODO, HARDBALL, and heroes around America in the battle that will decide the fate of the planet and the future of the Initiative program.  Win or lose, there's no turning back.  After today, everything changes.
32 PGS./Rated T+ ...$2.99
PRODUCT UPDATE (110508): Avengers Initiative #19 will have art by Harvey Tolibao, not Stefano Caselli.