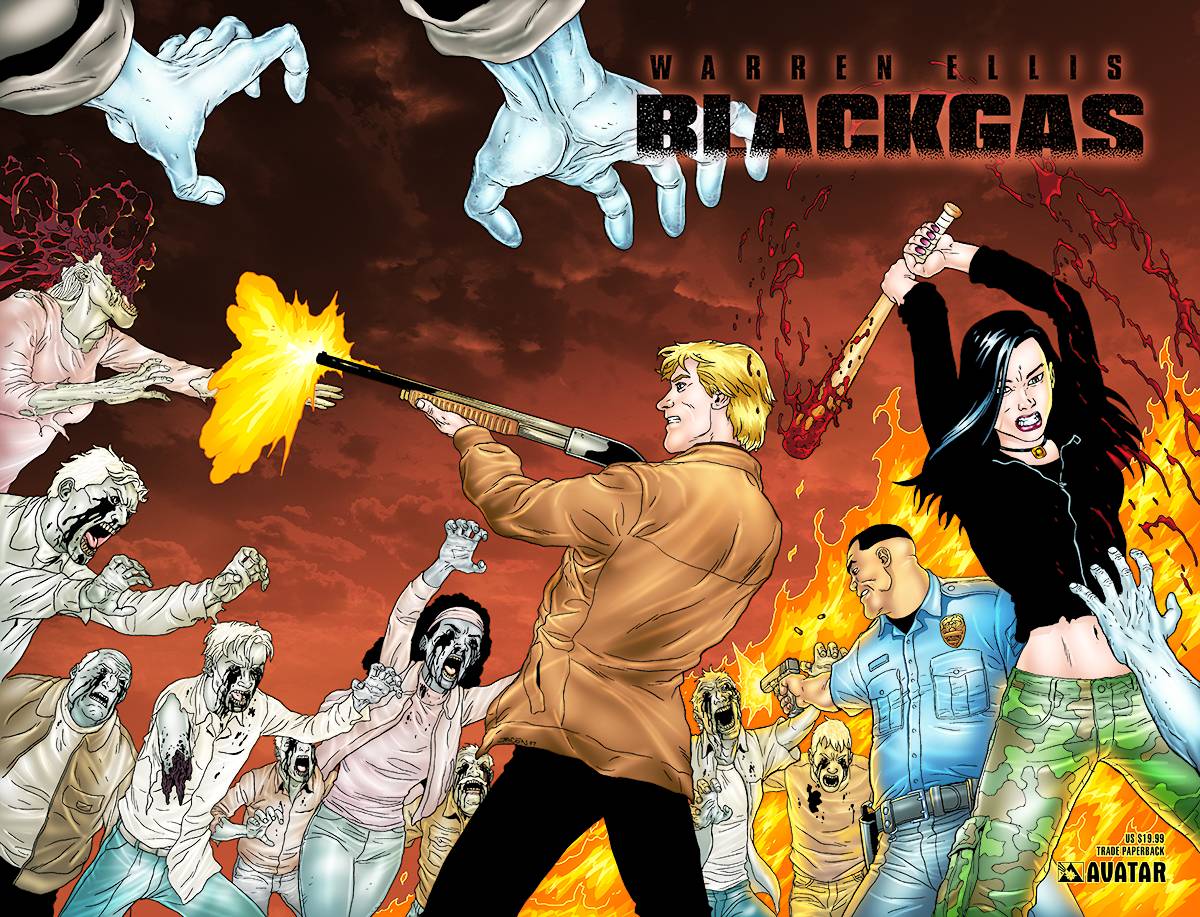 #
SEP073405
(W) Warren Ellis (A) Max Fiumara, Ryan Waterhouse (CA) Jacen Burrows
Warren Ellis' horrific zombie outbreak tale is collected in its entirety for the first time! A tiny island with an odd history sits off the east coast of North America, resting on the faultline of the underlying tectonic plate, ignored by almost everyone. Then comes the night of the big storm, the shift in the faultline, and the release of something foul from the Earth's core, blown across the little town on Smoky Island. The only two people on the island outside its reach are now trapped on a black spit of rock with a population who aren't people anymore, monsters that started eating one another an hour ago. Collects Black Gas (2006 1st Series) #1-3 and Black Gas 2 (2006 2nd Series) #1-3.
In Shops: Nov 28, 2007
SRP: $19.99