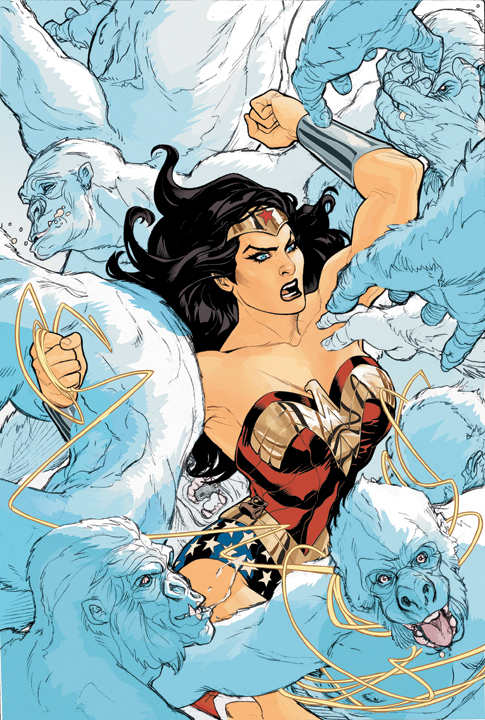 SEP070208
(W) Gail Simone (A/CA) Terry Dodson
Written by Gail Simone
Art and cover by Terry Dodson & Rachel Dodson
Variant cover by Michael Golden
An electrifying new era begins for the world's greatest superheroine! Gail Simone (BIRDS OF PREY, SECRET SIX) joins the phenomenal art team of Terry and Rachel Dodson for what promises to be one of the most exciting Wonder Woman stories ever told!
What exactly is The Circle, and what deadly secret do they hold about Diana's birth? What familiar face from Wonder Woman's past returns with a mission to spy on Special Agent Diana Prince? Why is the Department of Metahuman Affairs on a collision course with the wounded remnants of the Society of Super-Villains? You won't want to miss any of this story that spans the globe and shakes Diana to her core!