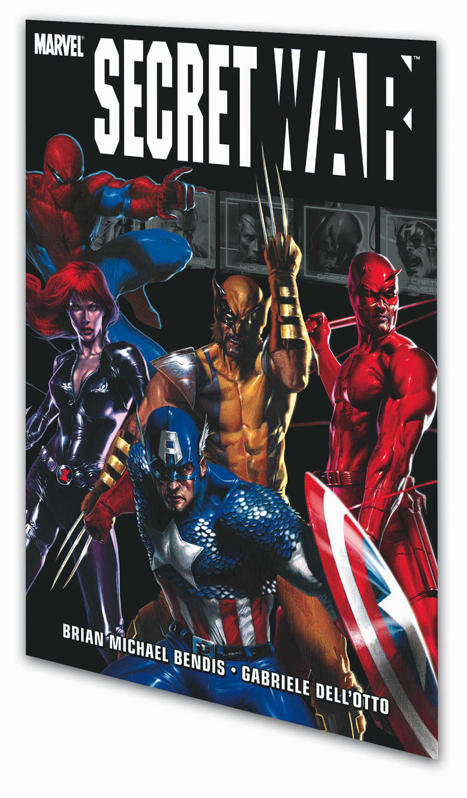 SEP062173
(W) Brian Michael Bendis (A/CA) Gabriele Dell'Otto
Written by BRIAN MICHAEL BENDIS
Pencils & Cover by GABRIELE DELL'OTTO
Starring Wolverine, Spider-Man, Daredevil, Captain America, Black Widow, Luke Cage and more! Brian Michael Bendis, the most popular and acclaimed writer in comics, reveals the darkest chapter in Marvel Universe history! When Nick Fury discovers a disturbing connection between many of Marvel's deadliest villains, he assembles a ragtag team of the MU's most misunderstood heroes for a secret mission to do what the U.S. government could never allow - eventually leading to a super-powered blowout between a who's who of NYC heroes and mutants! Featuring the American debut of the stunning, fully painted work of Italian artist Gabriele Dell'Otto. Collects SE CRET WAR #1-5 and SECRET WAR: FROM THE FILES OF NICK FURY.
256 PGS./Rated T+ ...$24.99
ISBN: 0-7851-1331-2