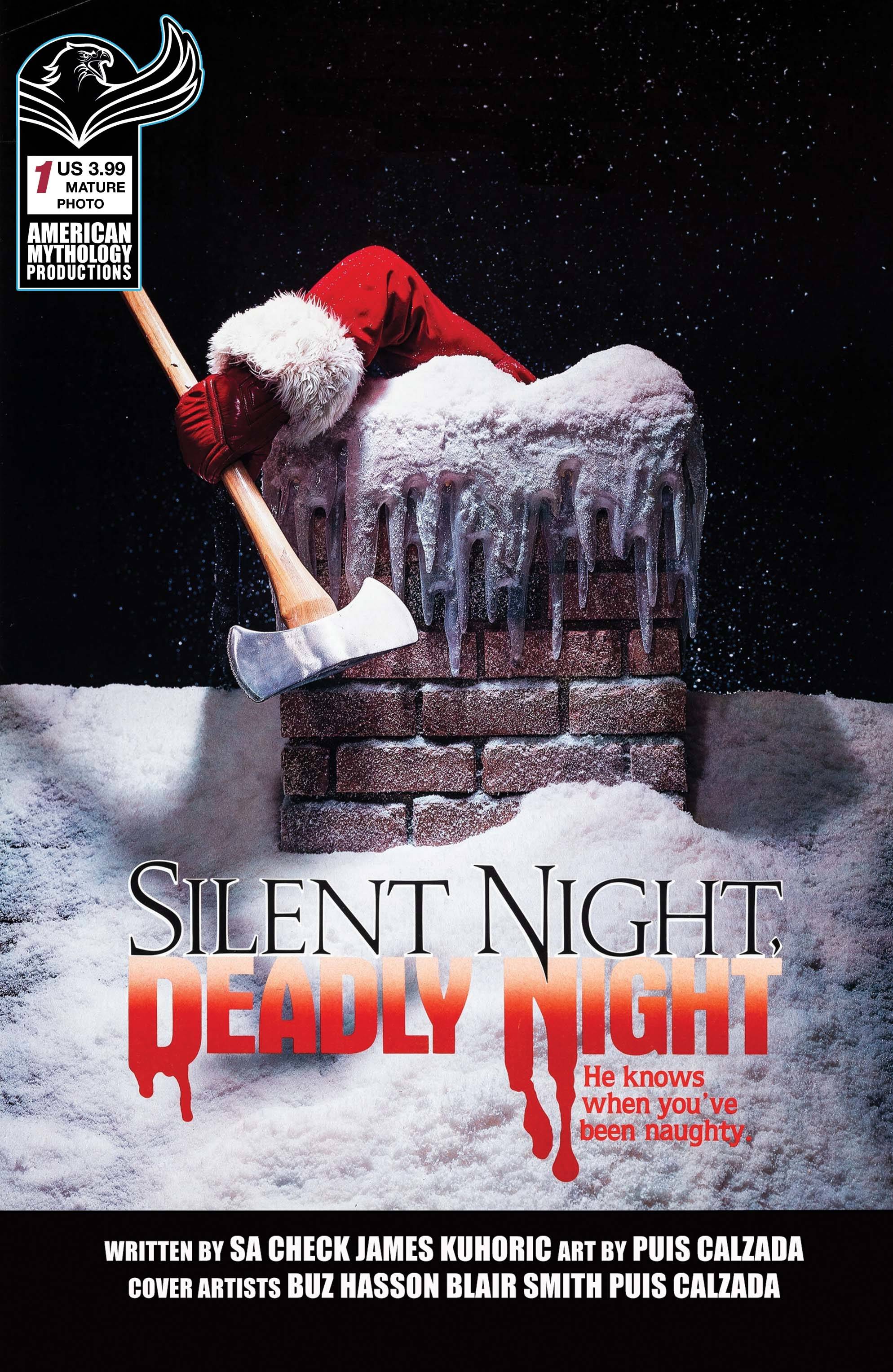 #
OCT221335
(W) S.A. Check, James Kuhoric (A) Puis Calzada
Ho Ho Horror! The slasher film that turned Christmas into a killer holiday is back! Billy saw his parents viciously murdered at the hands of a madman in a Santa suit. Orphaned and alone, Billy suffered even more at the hands of an overly strict nun, turning him into a killing machine hell-bent on punishing the naughty. Now...40 years later, a new nightmare begins. A holiday killer is on the loose, but there's more here than just a psycho in a red suit. Sinister forces have awakened to raise an unstoppable evil once more, doling out punishment with the edge of his axe. Don't get caught on this naughty list. This is a brand new officially licensed story taking place after the events of the 1984 movie and delivering a brand-new horrifying holiday classic! This issue comes with four covers - Main Cover by Buz Hasson & Blair Smith, Variant by Puis Calzada, Classic Photo Cover, and a special Black & White Virgin Century cover edition limited to just 100 copies printed!
In Shops: Dec 07, 2022
SRP: $3.99
View All Items In This Series
ORDER SUBSCRIBE WISH LIST