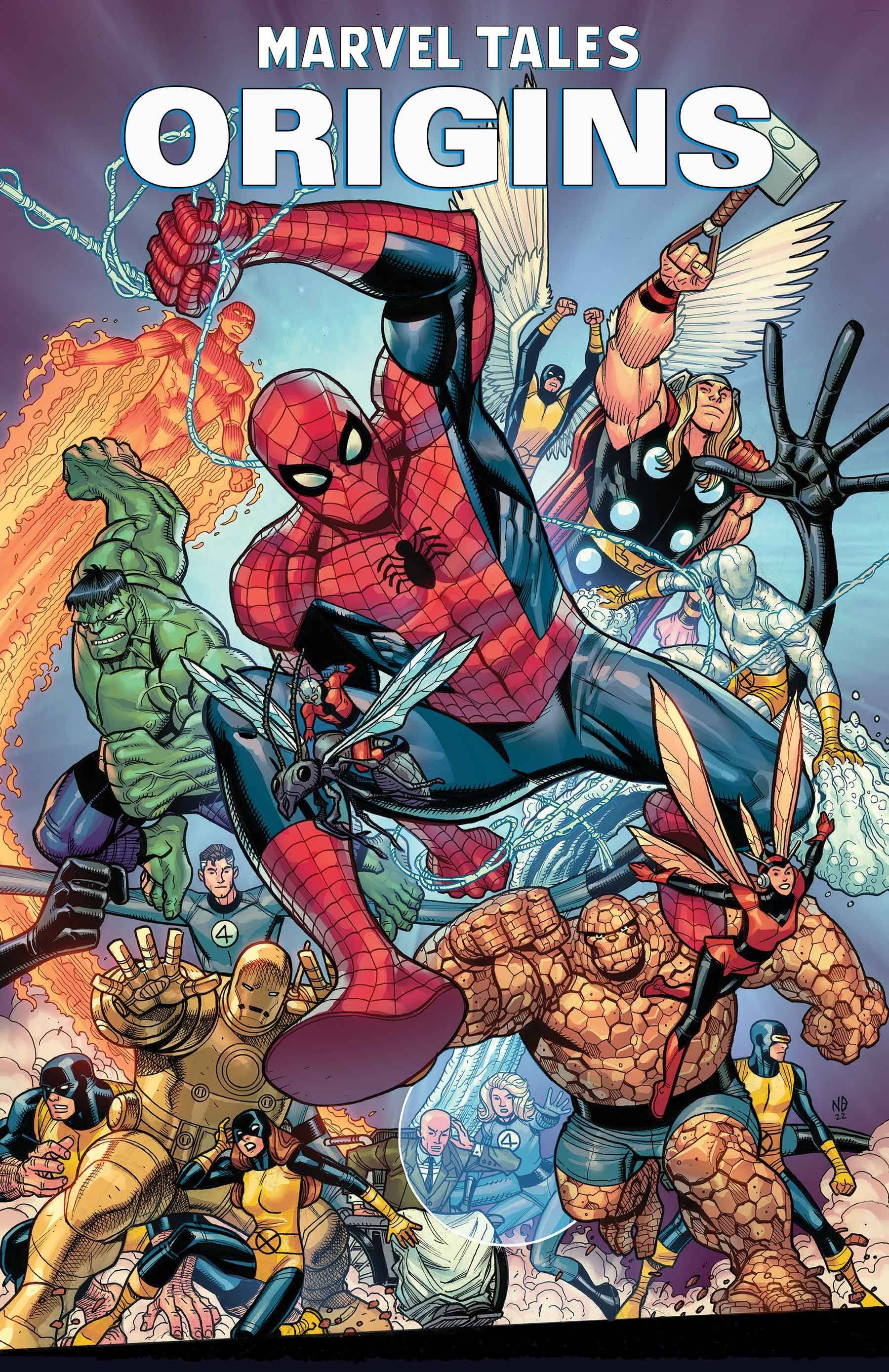 #
OCT220967
(W) Stan Lee (A) Steve Ditko (CA) Nick Bradshaw (A/CA) Jack Kirby
Four of the cornerstone issues that ushered in the Marvel Age of Comics in one unbeatable package!
In FANTASTIC FOUR (1961) #1, Stan Lee and Jack Kirby changed everything, introducing Reed Richards, Ben Grimm, and Susan and Johnny Storm - and sending them on the ill-fated rocket trip that transformed them into the Fantastic Four!
In AMAZING FANTASY (1962) #15, Lee joined another legend, Steve Ditko, to spin a tale of power and responsibility featuring teen wallflower Peter Parker?the icon-in-the-making named Spider-Man!
In X-MEN (1963) #1, Lee and Kirby created a new breed of hero _ the X-Men, whose mutant abilities are a gift they're born with?or is that a curse?
And in AVENGERS (1963) #1, they united Iron Man, Thor, the Hulk, Ant-Man and the Wasp in battle with Loki... and, lo, the Avengers were formed!
All Ages
In Shops: Dec 14, 2022
SRP: $7.99
ORDER WISH LIST