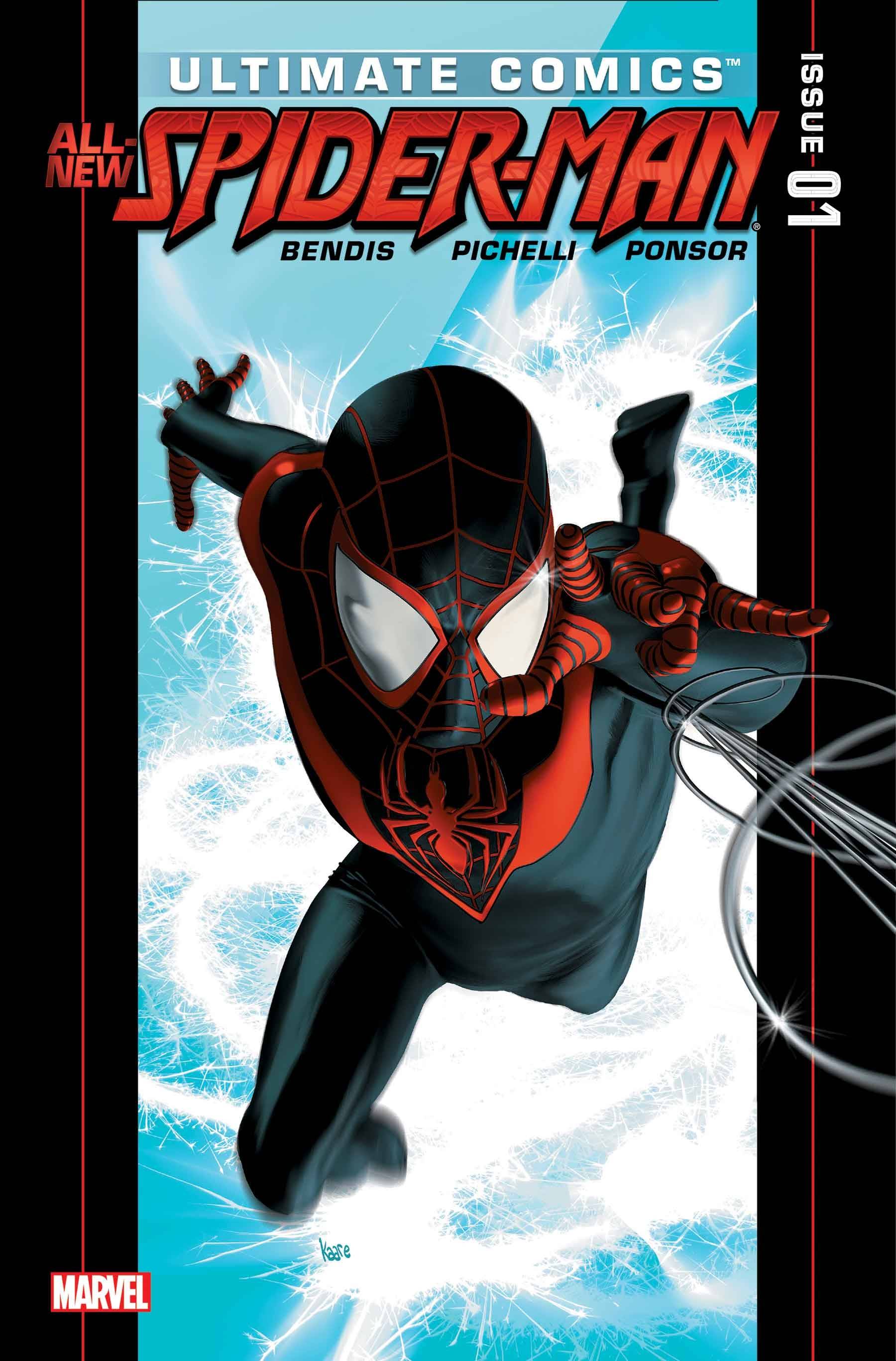 #
OCT220812
(W) Brian Michael Bendis (A) Sara Pichelli (CA) Kaare Andrews
Meet a brand-new Spider-Man for the 21st century all over again! In the Ultimate Universe, Peter Parker has made the ultimate sacrifice - and now a new hero is slinging webs and fighting crime in Spider-Man's name! But how did the young man named Miles Morales gain his amazing powers? How do they differ from Peter's? And what secrets is Miles' Uncle Aaron keeping? The incredible story of a modern-day icon begins in earnest in this landmark issue, setting Miles on his path to a bright future at the Brooklyn Visions Academy - and to a wild double life adventuring across the Spider-Verse! It's one of the all-time great Marvel comic books, boldly re-presented in its original form, ads and all! Reprinting ULTIMATE COMICS SPIDER-MAN (2011) #1.
Rated T
In Shops: Dec 14, 2022
SRP: $3.99
ORDER WISH LIST