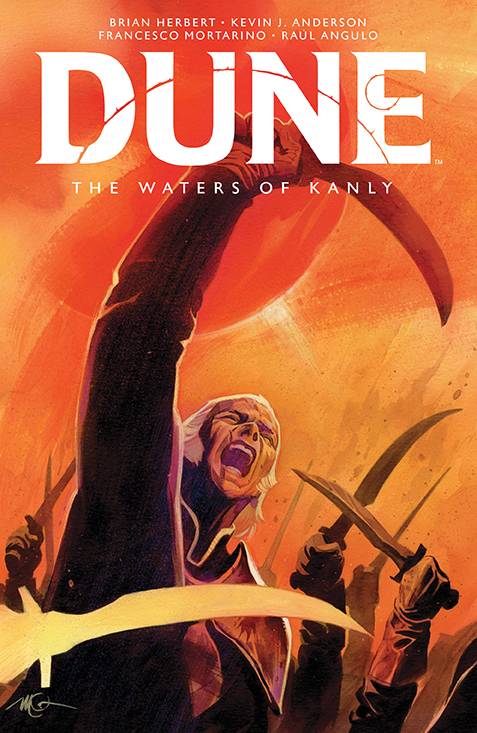 His house may be shattered, but it will never be forgotten...

To embark on his mission of vengeance, Gurney takes on not only House Harkonnen, but the Spacing Guild itself!

There may soon be an opportunity to strike, but at what cost? Will he finally get revenge against the Beast Rabban? Or will they be met with certain death, their sacrifices all for nothing?

Artist Francesco Mortarino (Power Rangers) brings the original short story adapted by authors Brian Herbert & Kevin J. Anderson to life in ways that will excite both fans of the novels and the recent hit film alike!