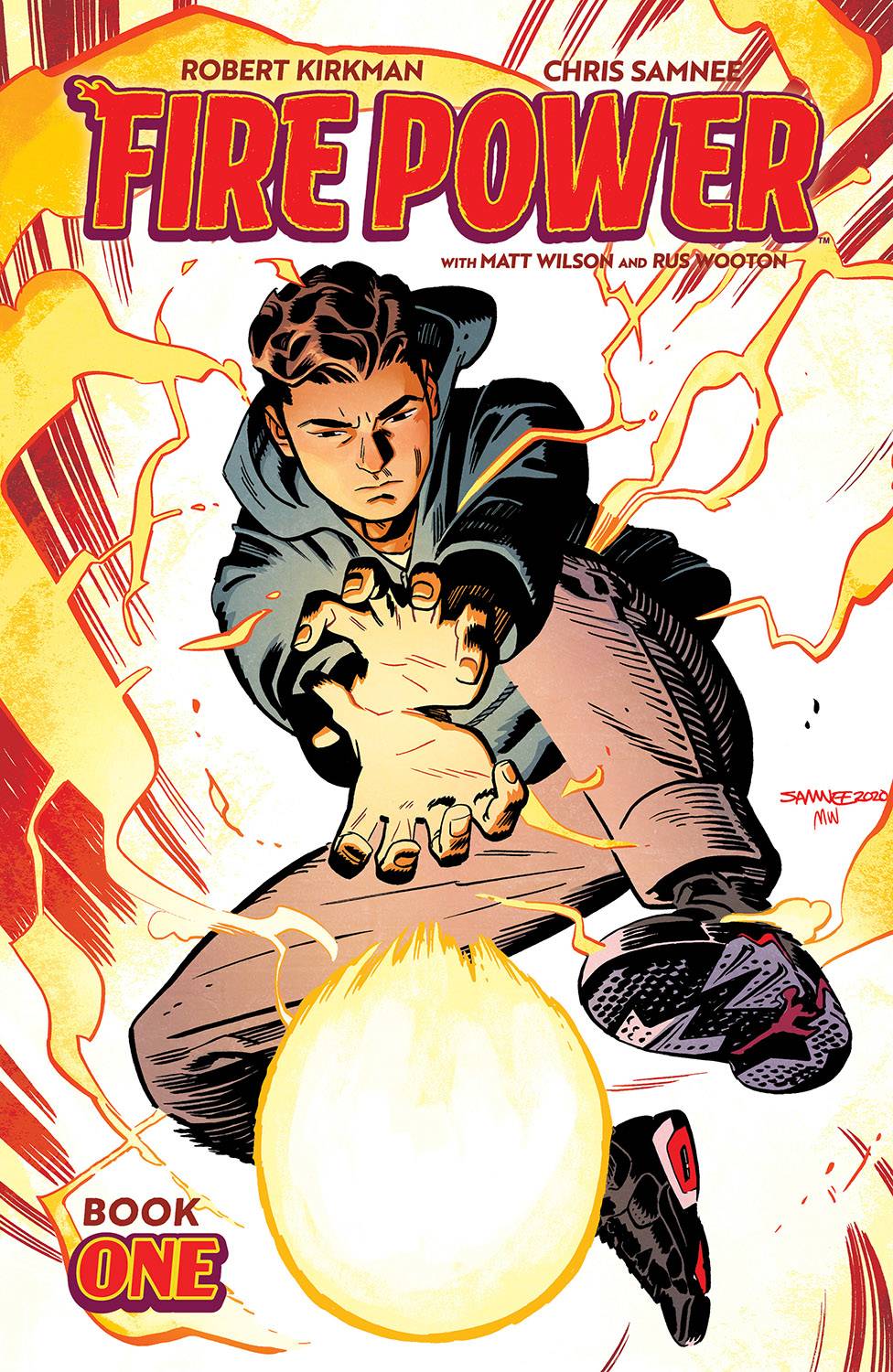 #
OCT220091
(W) Robert Kirkman (A) Chris Samnee (CA) Matthew Wilson
Bestselling series created by ROBERT KIRKMAN (THE WALKING DEAD, INVINCIBLE, OBLIVION SONG) and CHRIS SAMNEE (Daredevil, Black Widow)!
The one who wields the fire power is destined to save the world, but Owen Johnson has turned his back on that life. He doesn't want the power, he never did. He only wants to raise his family and live his life, but unseen forces are at work to make that impossible. Danger lurks around every corner as Owen's past comes back to haunt him.
This hardcover collects the debut FIRE POWER OGN prelude and the first twelve issues of the hit comic book series, along with covers and a sketchbook, in one oversized hardcover volume. Perfect for longtime readers and new fans.
Collects FIRE POWER BY KIRKMAN AND SAMNEE, VOL. 1: PRELUDE OGN & FIRE POWER BY KIRKMAN AND SAMNEE #1-12
In Shops: Nov 16, 2022
SRP: $49.99
View All Items In This Series
PREORDER SUBSCRIBE WISH LIST