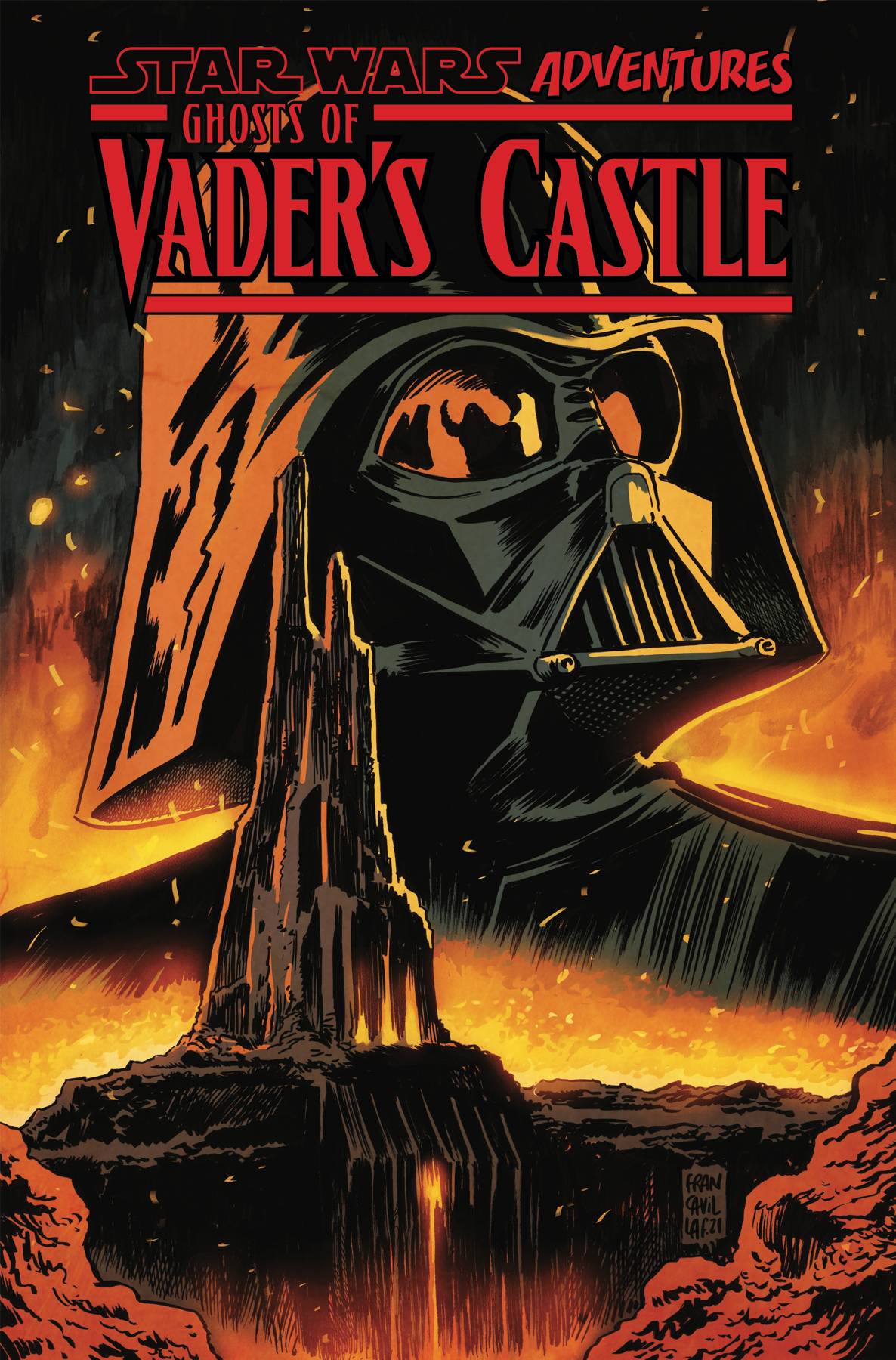 #
OCT218688
(W) Scott Cavan (A) Various (CA) Francesco Francavilla
Join Lina, Milo Graf, and Crater for one last adventure to Vader's Castle! These fun, but eerie and horror-packed tales take you through the creepy side of the Star Wars galaxy.
The ghosts of Vader's Castle are haunting everybody's dreams! First, Milo has been having nightmares about zombie droids, with  special appearances by Anakin Skywalker, Padmé Amidala, and Jar Jar Binks. Then, Lina runs into Jaxxon, who reveals that he, too, has been having troubling dreams of vicious Wookies bigger than mountains! Plus, catch up with Hudd and Skritt as Hudd deals with dreams concerning the Spirit of the Swamp, a gilled monster that terrorizes Dagobah! But Lina isn't immune to the nightmares either-as her dreams are visited by the galaxy's most threatening villain!
In the finale, Lina, Hudd, Skritt, and Jaxxon race to Mustafar to save Milo and Crater. Will the group be able to fight the ghosts that still haunt the castle, or will the galaxy forever be bound to suffer from the wrath of the Ghosts of Vader's Castle?!
Ghosts of Vader's Castle finishes the saga started in Tales of Vader's Castle and Return to Vader's Castle!