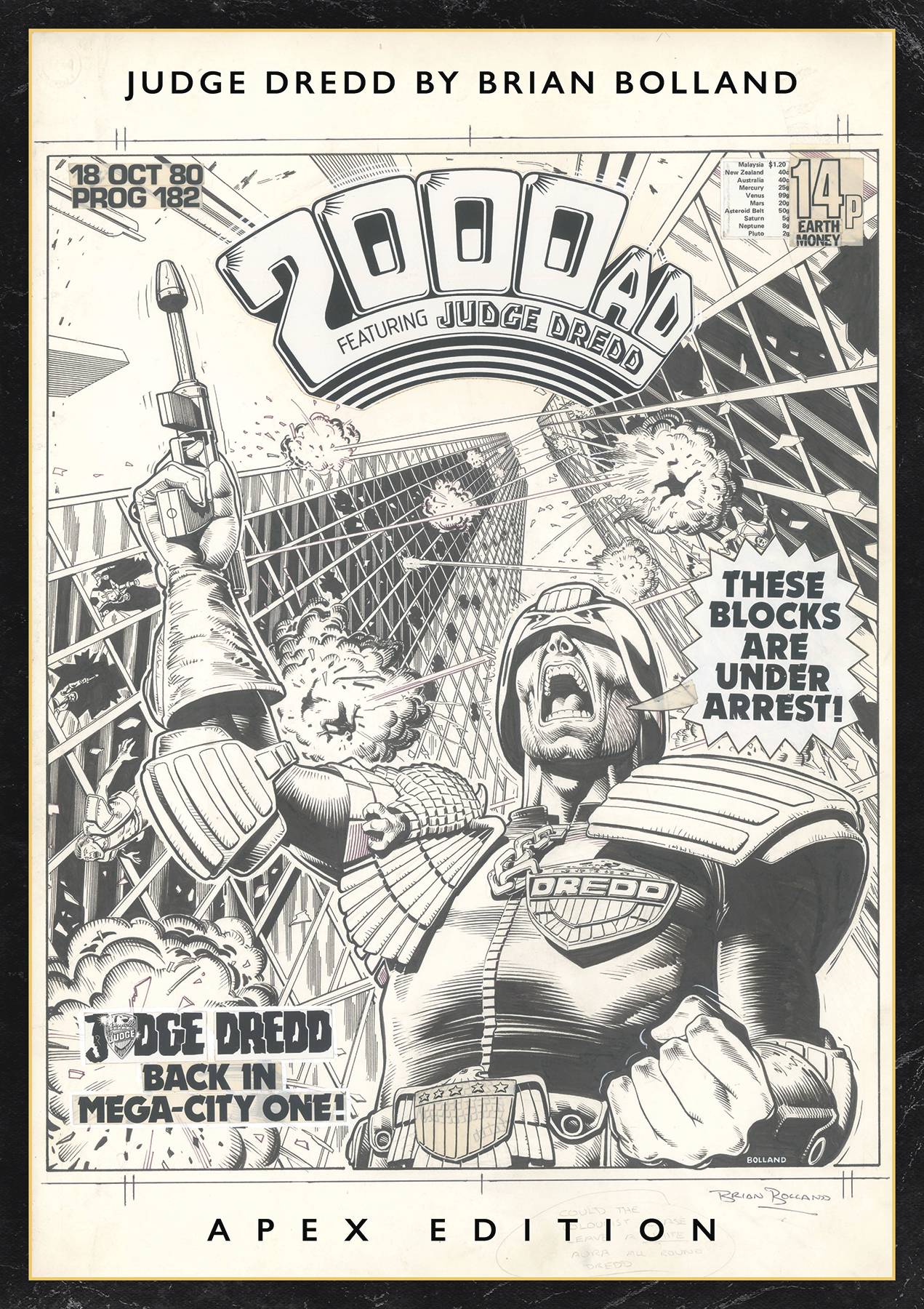 #
OCT211698
(W) John Wagner, Pat Mills, Alan Grant (A/CA) Brian Bolland
The Judge Dredd art of Brian Bolland is regarded as some of the greatest comic art of the Eighties, and helped catapult both the series and Brian Bolland himself to international acclaim, leading him to work on such titles as Camelot 3000 and Batman: The Killing Joke. His incredible Black & White art is showcased in this deluxe, over-sized facsimile edition featuring new high-resolution scans of his original art from 2000 AD showing Bolland's delicate inking brushwork in unprecedented detail, as well as the titles and word balloons placed over it at the time by IPC's art team. It promises to be an unmissable collection for fans of comics and of fine art.
In Shops: Sep 07, 2022
SRP: $90.00
ORDER WISH LIST