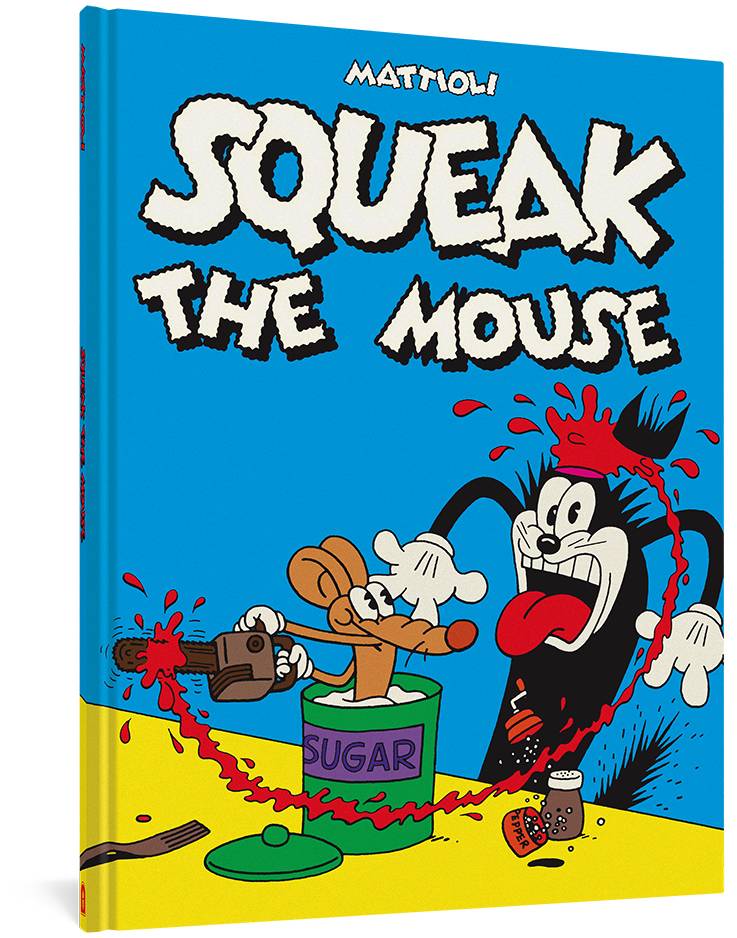 #
OCT211480
(W) Massimo Mattioli
An outrageously cruel cat versus a wily mouse: a rivalry as old as time, popularized by the beloved Tom and Jerry cartoons of the '40s and '50s. In the hands of renowned Italian cartoonist Massimo Mattioli, however, this classic premise is infused with a whole new perverse and anarchic energy. Laying full-on slasher horror onto wacky cartoon violence, Mattioli's characters embark on a sadistic bloodthirsty rampage, leaving a trail of mangled corpses and pools of blood in their wake. And the comic's gratuitous bloodshed is not to be overshadowed by its crude humor and over-the-top sexcapades. In sum, a tour de force of unrelenting transgression, rendered in clean line art and dazzling pastel colors.
Conceived in the early '80s, Squeak the Mouse was originally serialized in the Italian underground comics magazine Frigidaire to much acclaim. This silent comic series gained notoriety in the US when customs agents seized a shipment of Mattioli's books; deemed pornographic, the work was subsequently made the subject of an obscenity trial (which was won by the publisher). Best known today as the precursor to the Itchy and Scratchy characters in The Simpsons, this cult classic comic series is finally coming back into print in a gorgeous and affordable hardcover.
In Shops: Apr 13, 2022
SRP: $29.99
ORDER WISH LIST