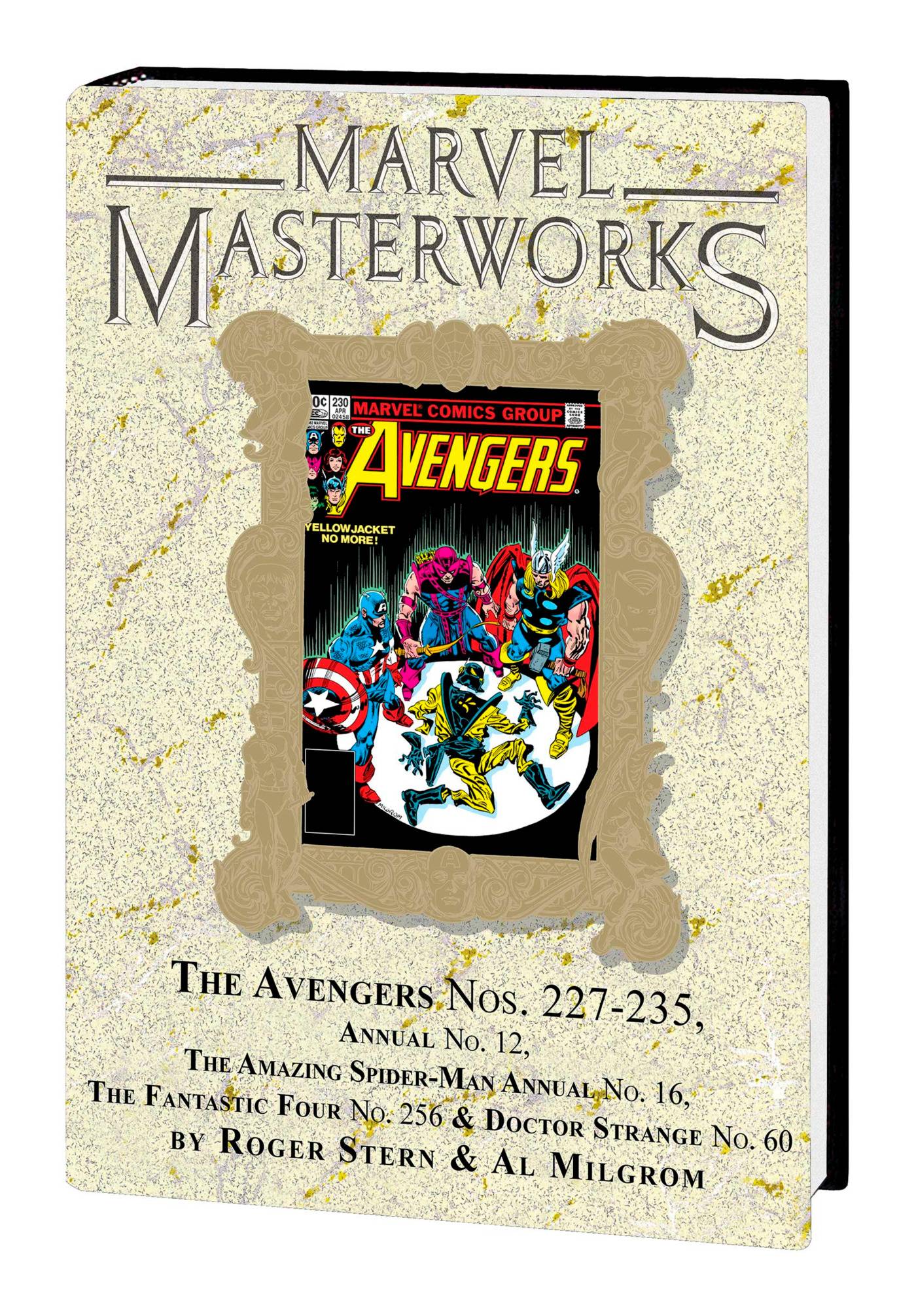 #
OCT210992
(W) Roger Stern, More (A) More (A/CA) Al Milgrom
In the 1980s, every series touched by Roger Stern turned to gold. His tenure on The Avengers proves that-and it begins here! First, Monica Rambeau takes her place alongside Earth's Mightiest, just in time to witness the trial of Hank Pym. Then, Egghead rears his evil head, pushing Pym to the edge. The Avengers also welcome another new member, Thanos' fun-loving brother Starfox! Stern strengthens the Avengers position as the lynchpin Marvel heroes with an Annual adventure to the Inhumans' refuge on the moon and a Fantastic Four crossover drawn by John Byrne. The startling aftermath will change the Vision forever. Plus: Doctor Strange and the Scarlet Witch seek the dark power of the Book of the Darkhold! Collecting THE AVENGERS (1963) #227-235, ANNUAL (1967) #12, THE AMAZING SPIDER-MAN ANNUAL (1964) #16, DOCTOR STRANGE (1974) #60 and THE FANTASTIC FOUR (1961) #256 and material from #257.
Rated T
In Shops: May 11, 2022
SRP: $75.00
View All Items In This Series
ORDER SUBSCRIBE WISH LIST