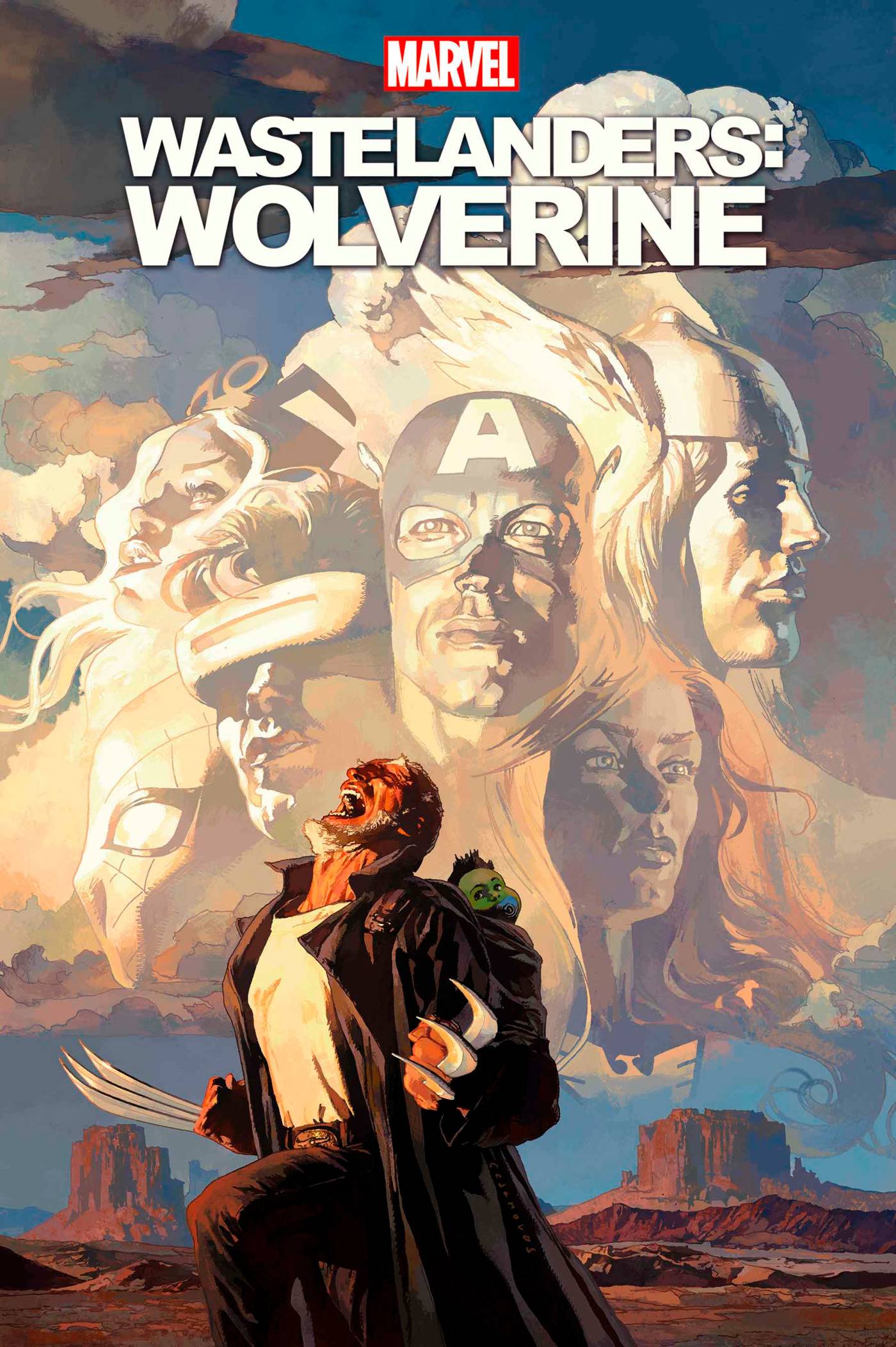 #
OCT210851
(W) Steven S. DeKnight (A) Ibrahim Moustafa (CA) Josemaria Casanovas
STEVEN S. DEKNIGHT LEADS THE RETURN TO THE WASTELANDS OF OLD MAN LOGAN!
The super villains united and took out most of the world's super heroes decades ago, and while the man known as LOGAN attempted to live a life of peace, he had to pop the claws once again to do what he does best! But saving the day looks different with the Baby Hulk under his care. Is Logan doing the right thing by protecting the progeny of the HULK or dooming what's left of the war-torn world? Logan may not have long to ponder if he is crushed by the ADAMANTIUM ARMOR of his newfound enemy DOWNFALL!
Steven S. DeKnight (Daredevil season 1 showrunner, WOLVERINE: BLACK, WHITE & BLOOD) teams with fan-favorite artist Ibrahim Moustafa to tell an all-new story of WOLVERINE in the days after the conclusion of the original OLD MAN LOGAN, as he fights once again to save the people of the Wastelands who have been crushed under the heel of the RED SKULL and BRUCE BANNER!
PARENTAL ADVISORY
In Shops: Dec 15, 2021
SRP: $3.99