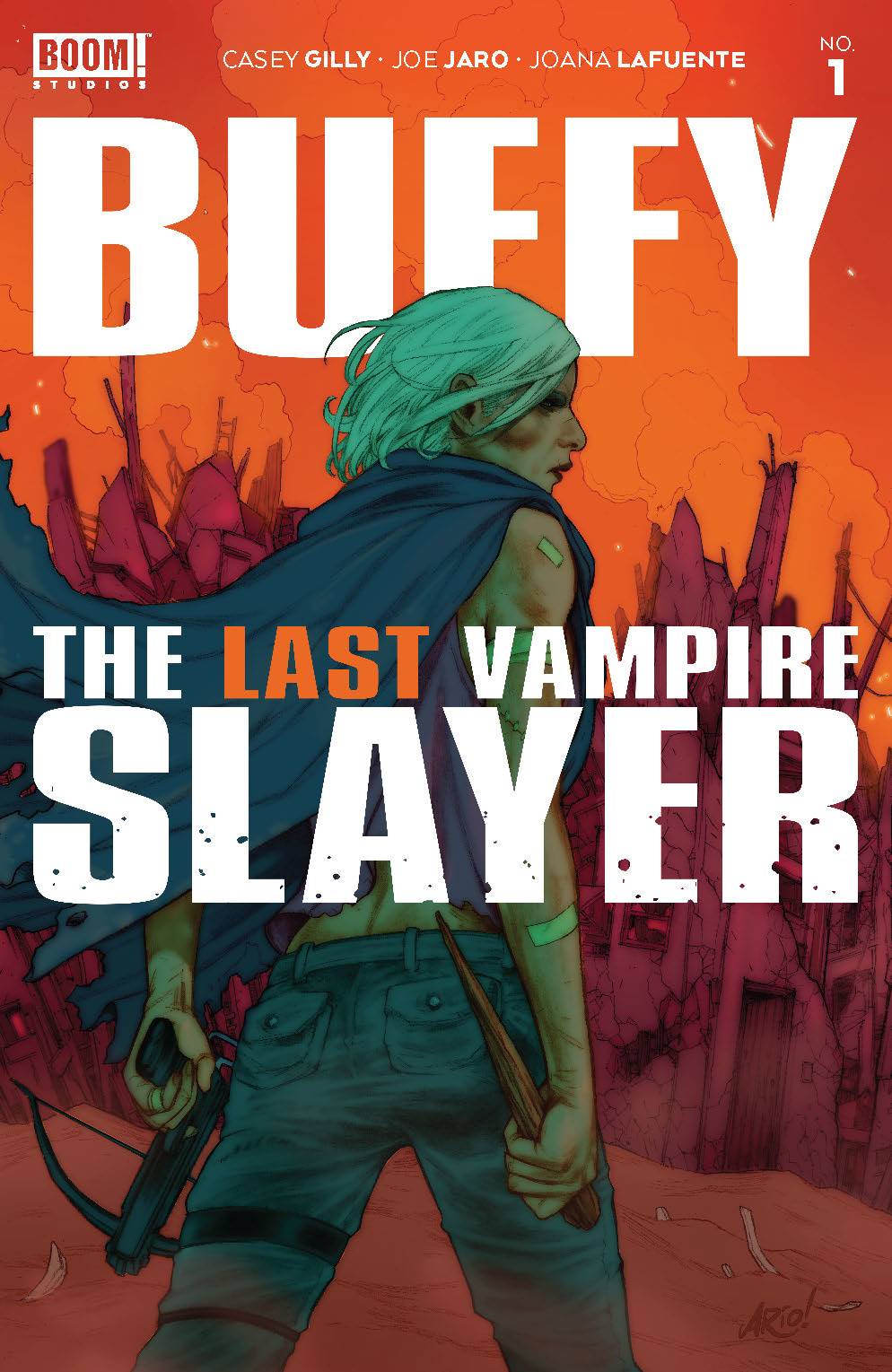 #
OCT210659
(W) Casey Gilly (A) Joe Jaro (CA) Ario Anindito
Can a lone Slayer save what's left of humanity?
Buffy Summers is the last Slayer. Now in her 50s, she wages a one woman fight against the forces of darkness, who prey on humanity in the daylight unimpeded thanks to a magical catastrophe that has nearly blotted out the sun.
The same disaster robbed Buffy of her friends and ended the Slayer-line, forcing her into an endless guerilla war. That is, until she stumbles across something she hasn't seen in a long time - hope, in the form of a prophecy and the young girl who carries it.
The Multiverse explodes as writer Casey Gilly (Femme Magnifique, You Died) and artist Joe Jaro (Firefly) bring you a dystopian tale of Buffy Summers as you've never seen her before for fans of Wonder Woman: Dead Earth, Batman: Last Knight On Earth, and Future State: Wonder Woman.
In Shops: Dec 08, 2021
SRP: $4.99
View All Items In This Series