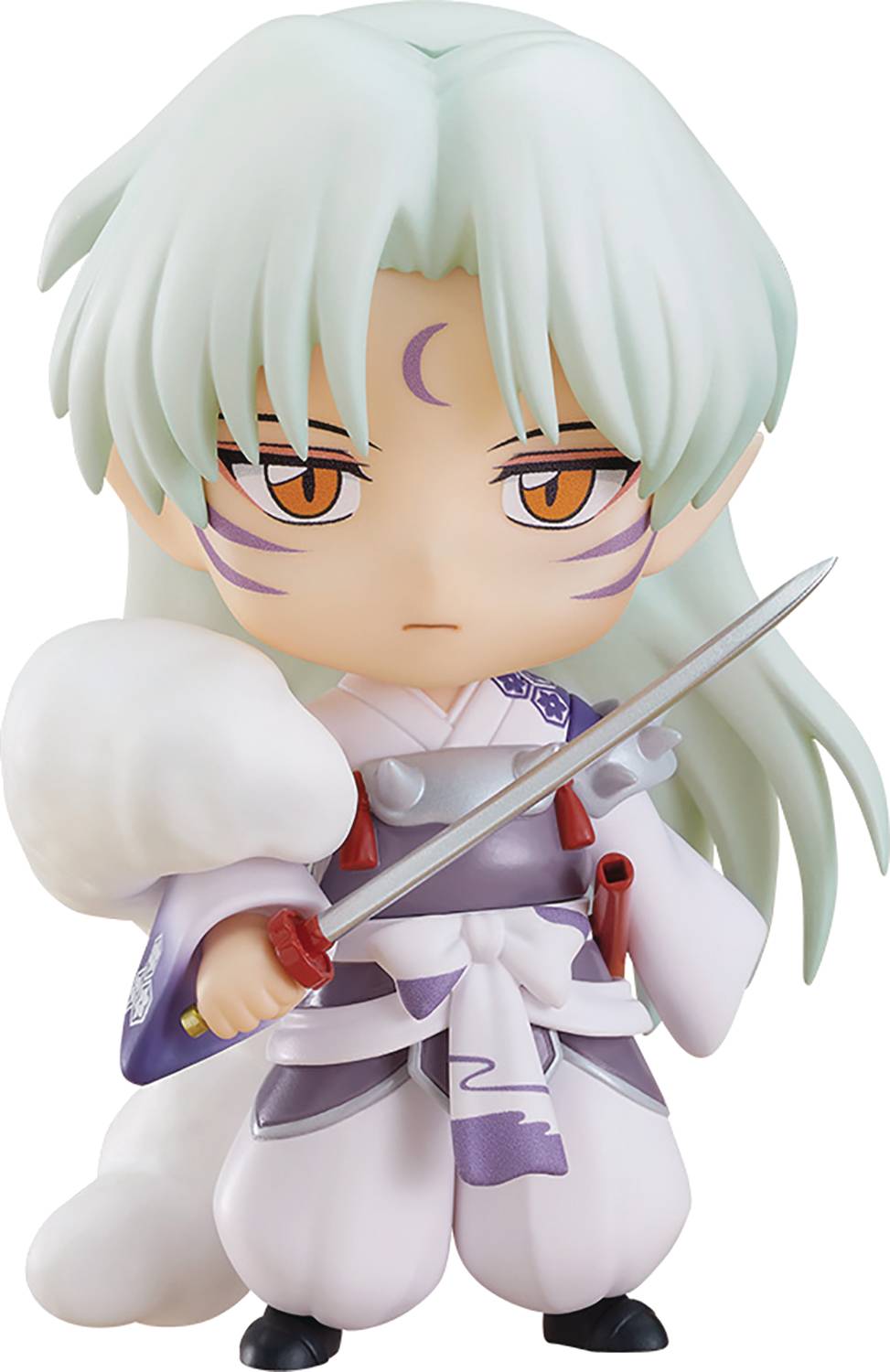 # # # # #
OCT208364
From Good Smile Company. From Rumiko Takahashi's popular manga series Inuyasha comes a Nendoroid of Inuyasha's half-brother, Sesshomaru! He comes with three face plates including a standard expression, a serious combat expression and a sidelong glancing expression. A green aura hand part is included for recreating Sesshomaru's poison claw attacks. He also comes with his swords Tenseiga and Tokijin so you can create all kinds of combat poses. The sword Bakusaiga is included along with a special arm part to recreate a certain memorable scene from the series.