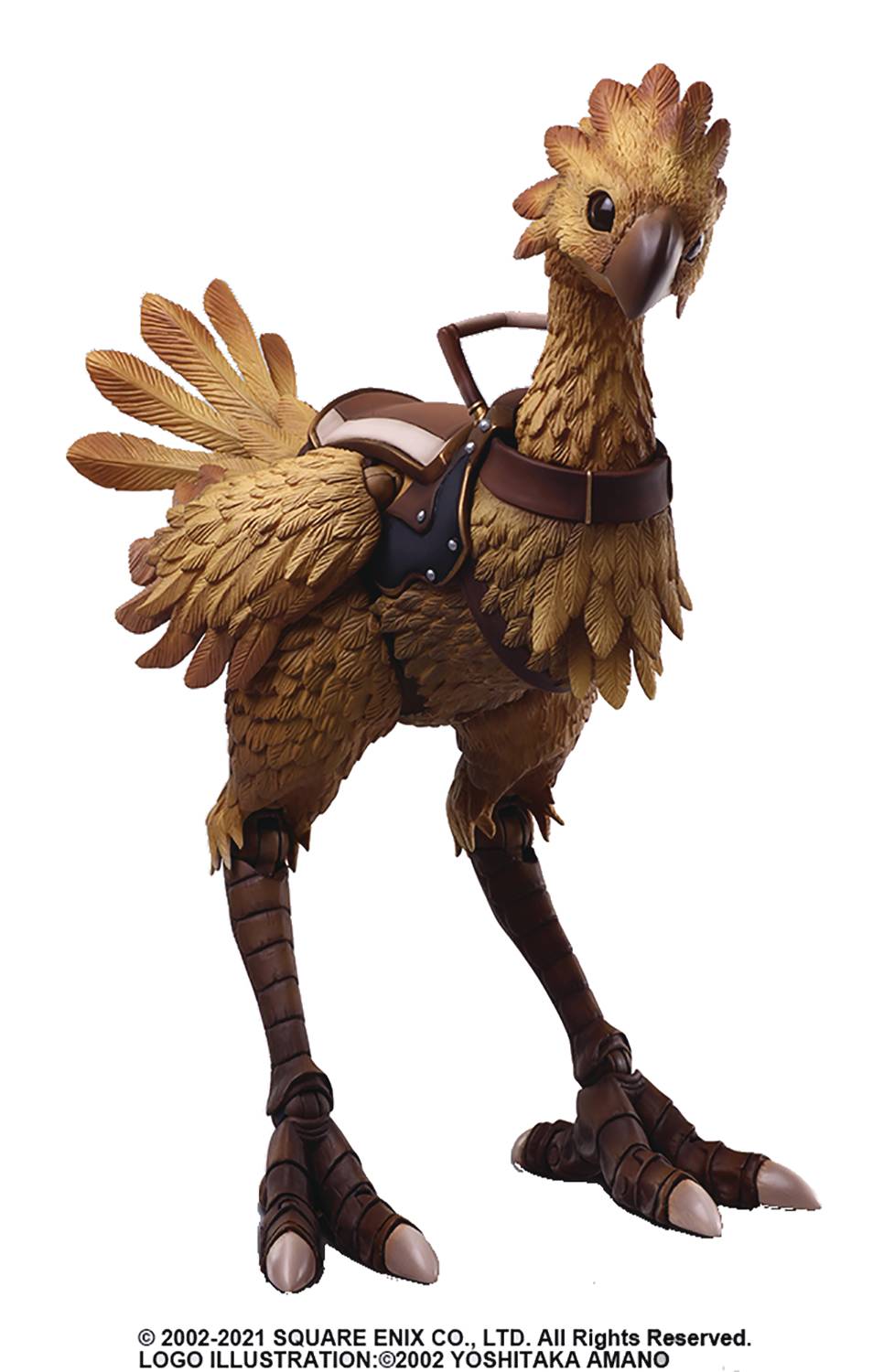 # # # # #
OCT208173
From Square Enix. Chocobo, a well-known creature from the Final Fantasy franchise, races into the BRING ARTS line featuring a design from Final Fantasy XI, the first MMORPG in the series! Square has worked diligently to recreate the realistic design and color scheme found in-game that fans know so well. The reins and saddle are removeable, allowing you to enjoy the chocobo as seen in the wild, and in its mountable, "chocoback" look. The angle of the beak opening, the joints in between the thighs and forelegs, and each talon can all be adjusted, allowing you to create dynamic poses such as a majestic chocobo leaping onto the battlefield. Also available is a set that comes with Shantotto and a saddle so that she can mount Chocobo.