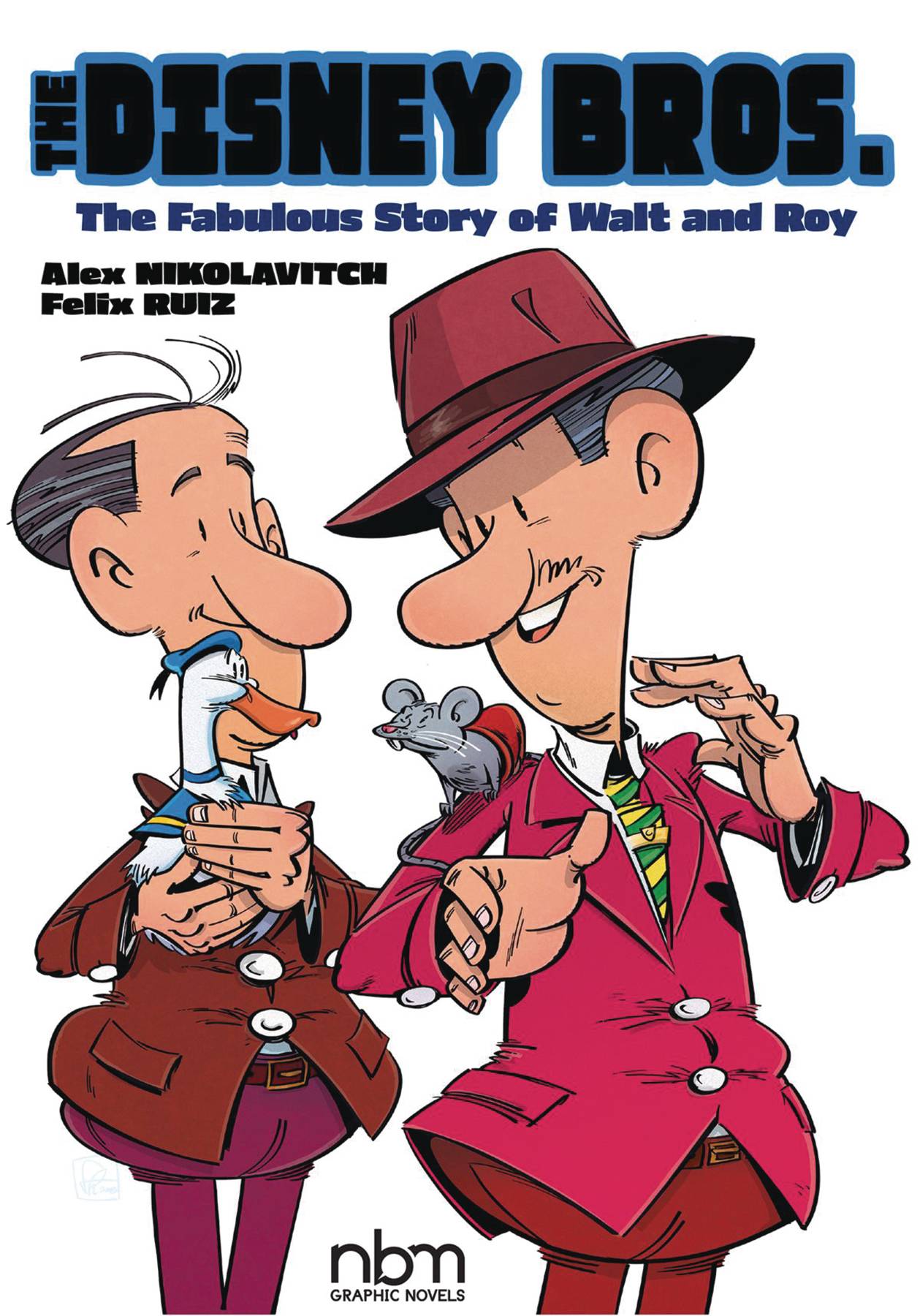 #
OCT201490
(W) Alex Nikolavitch (A) Felix Ruix
After the bankruptcy of his first two companies, the young Walt Disney decides to call on his older brother Roy to start a new business: the Disney Brothers Cartoon Studios. The combination of their op-posing talents, one artistic, the other managerial, will give birth to an entertainment giant despite the dif-ficult nature of Walt. Little by little, Walt will push his brother into the shadows and sink into chronic depression and excessive consumption of alcohol... but all this will not prevent him from producing the greatest masterpieces of animation. The authors have chosen a cartoon style, worthy of Mickey Mouse comics, to tell a very serious story of creation, money and politics, and of family.
In Shops: Jan 06, 2021
SRP: $19.99