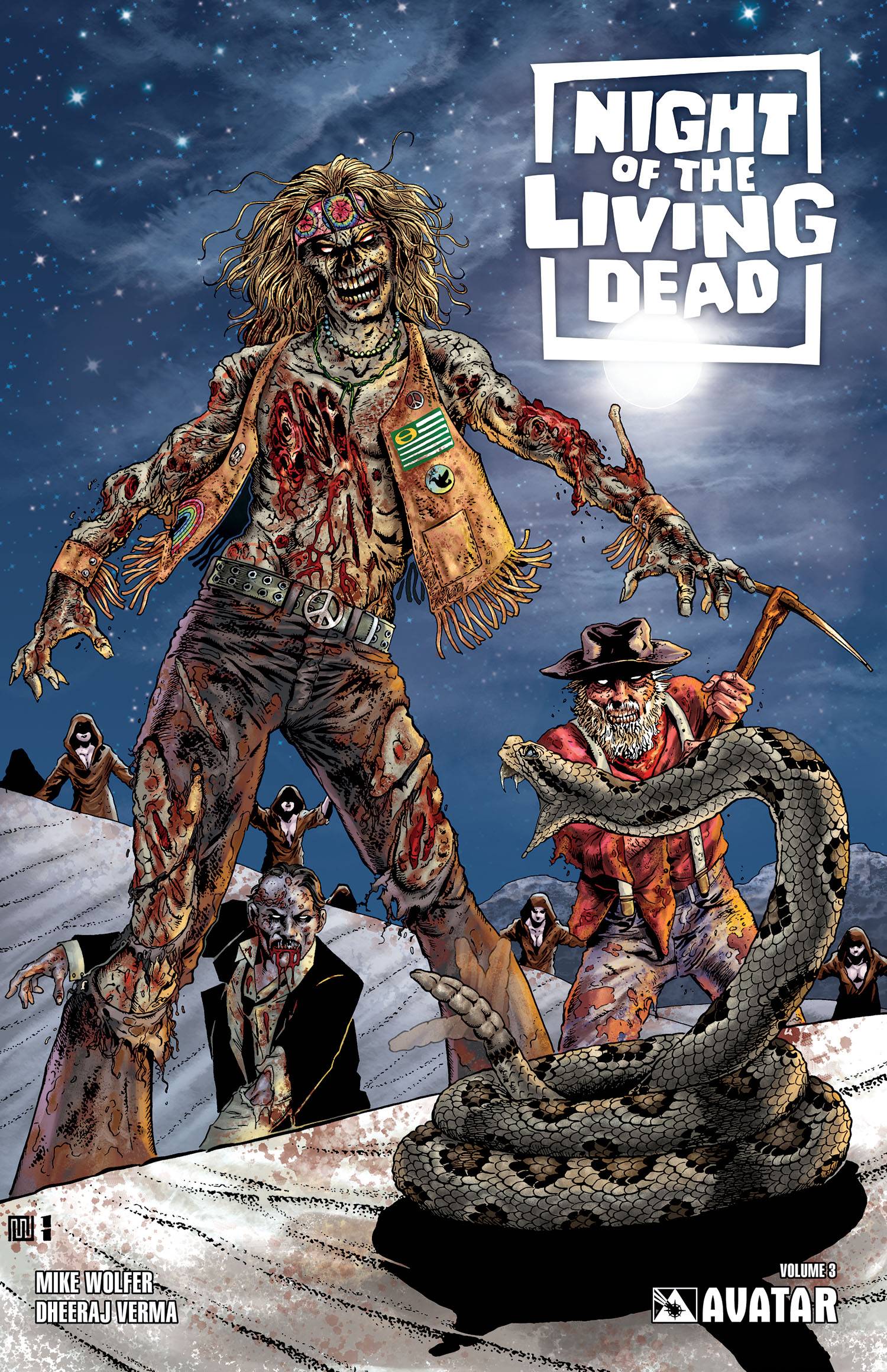 OCT201172
(W) Mike Wolfer (A) Dheeraj Verma (CA) Mike Wolfer
The most terrifying night in American history was only the beginning!  The year is 1969, and though the risen dead had ravaged the eastern seaboard a year earlier, two thousand miles of distance bring comfort to a handful of young and carefree "weekend warriors."  Eager to leave their tensions behind, they head out into the Californian dunes for three days of hot sun, dune buggies, and skimpy bikinis.  But the pristine white sands will soon run red, as a secret even more gut-wrenching than flesh-eating ghouls comes to light!  Collecting the entire "Death Valley" story arc by horror comic legend Mike Wolfer, with an added bonus story set in the Louisiana bayou, where the psychological threat of the coming undead hordes pits survivor against survivor!  Available in Softcover and Hardcover editions with covers by horror veteran Mike Wolfer.