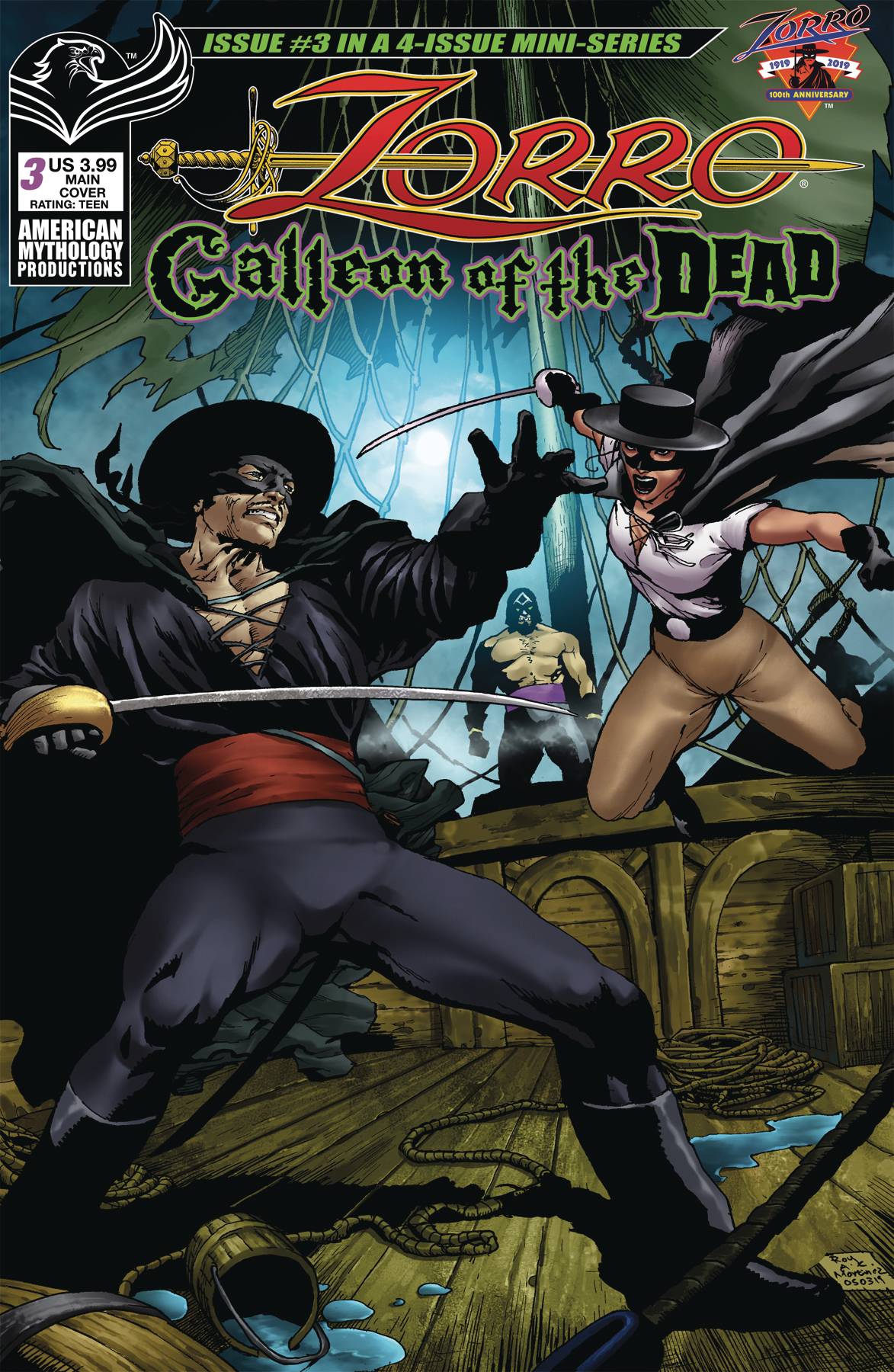 #
OCT201089
(W) Mike Wolfer (A) Alex Miracolo (CA) Roy Allen Martinez
Zorro's most nightmarish adventure continues! After boarding the haunted Galleon of the Dead and defeating a band of undead warriors, Zorro now faces the captain of the cursed ship... El Hijo del Muerte! However, in an unexpected turn of events, Muerte does not want to kill Zorro-he instead wants to tell him the secrets of the ship of the damned. But learning the truth about the haunted house of the high seas could condemn Zorro to an eternity in Hell, just like another sword-wielding adventurer who is being held prisoner in the bowels of the galleon... Lady Zorro! It's supernatural terror, lucha libre action, and sword-swinging thrills as you've never seen before!
In Shops: Jan 20, 2021
SRP: $3.99
View All Items In This Series
ORDER SUBSCRIBE WISH LIST