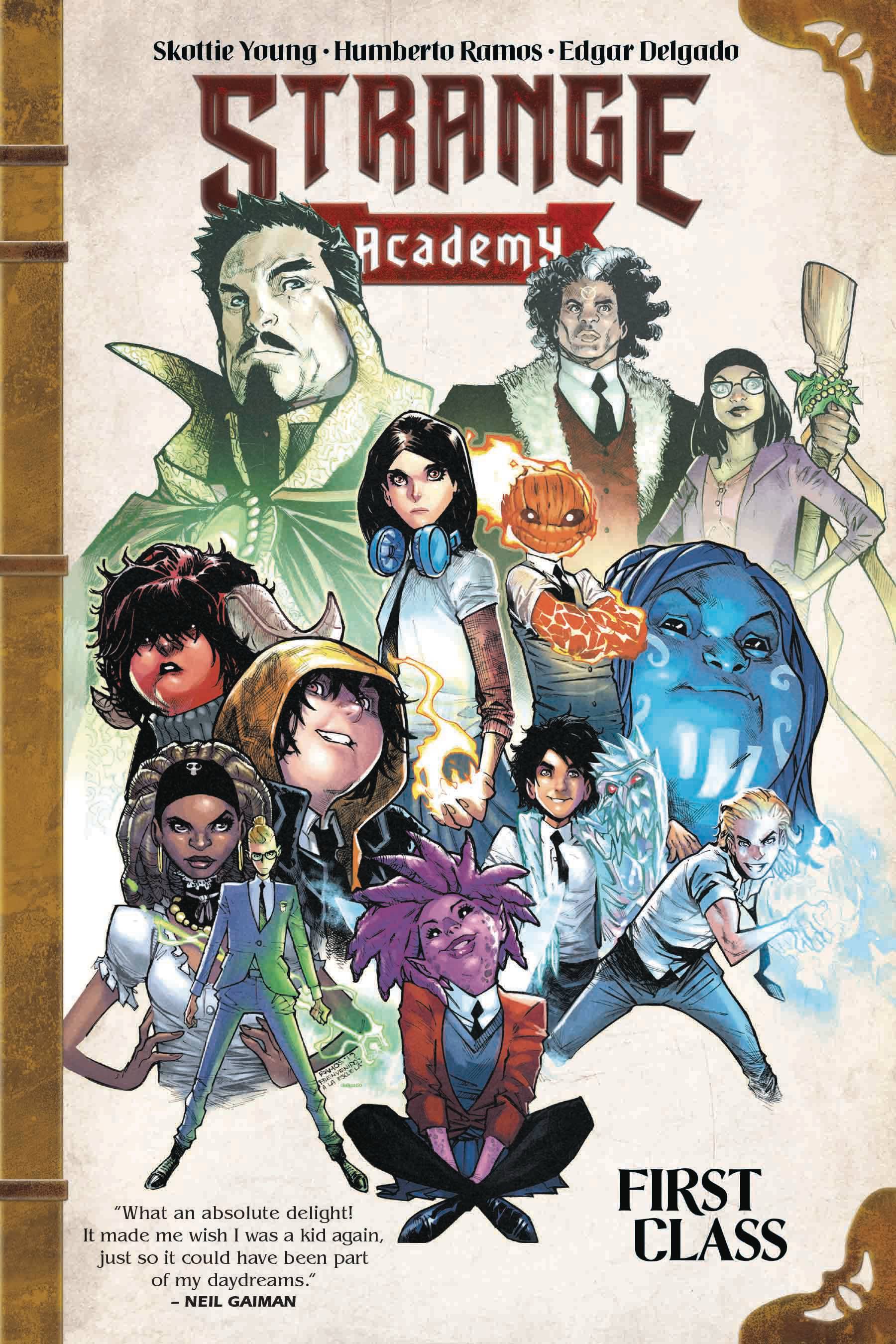 #
OCT200723
(W) Skottie Young (A/CA) Humberto Ramos
The Marvel Universe's first school for sorcerers throws open its doors! The world has mysteriously changed in such an alarming way that Doctor Strange has finally done what he has avoided for decades and established an academy for the mystic arts! Young people from around the world with an aptitude for magic are brought together in New Orleans to study under Stephen Strange, Brother Voodoo, the Ancient One, the Scarlet Witch, Magik, Daimon Hellstrom and all your favorite Marvel mages. From mindful Mindless Ones to pan-dimensional games of tag, the Strange Academy is definitely living up to its name. But the students' first field trip lights a fuse that is going to blow up in a big way! School's in session - and it's going to be spellbinding! Collecting STRANGE ACADEMY #1-6.
Ages 13 & Up
In Shops: Feb 10, 2021
SRP: $13.99