INCREDIBLE HULK EPIC COLLECTION TP WHO WILL JUDGE THE HULK 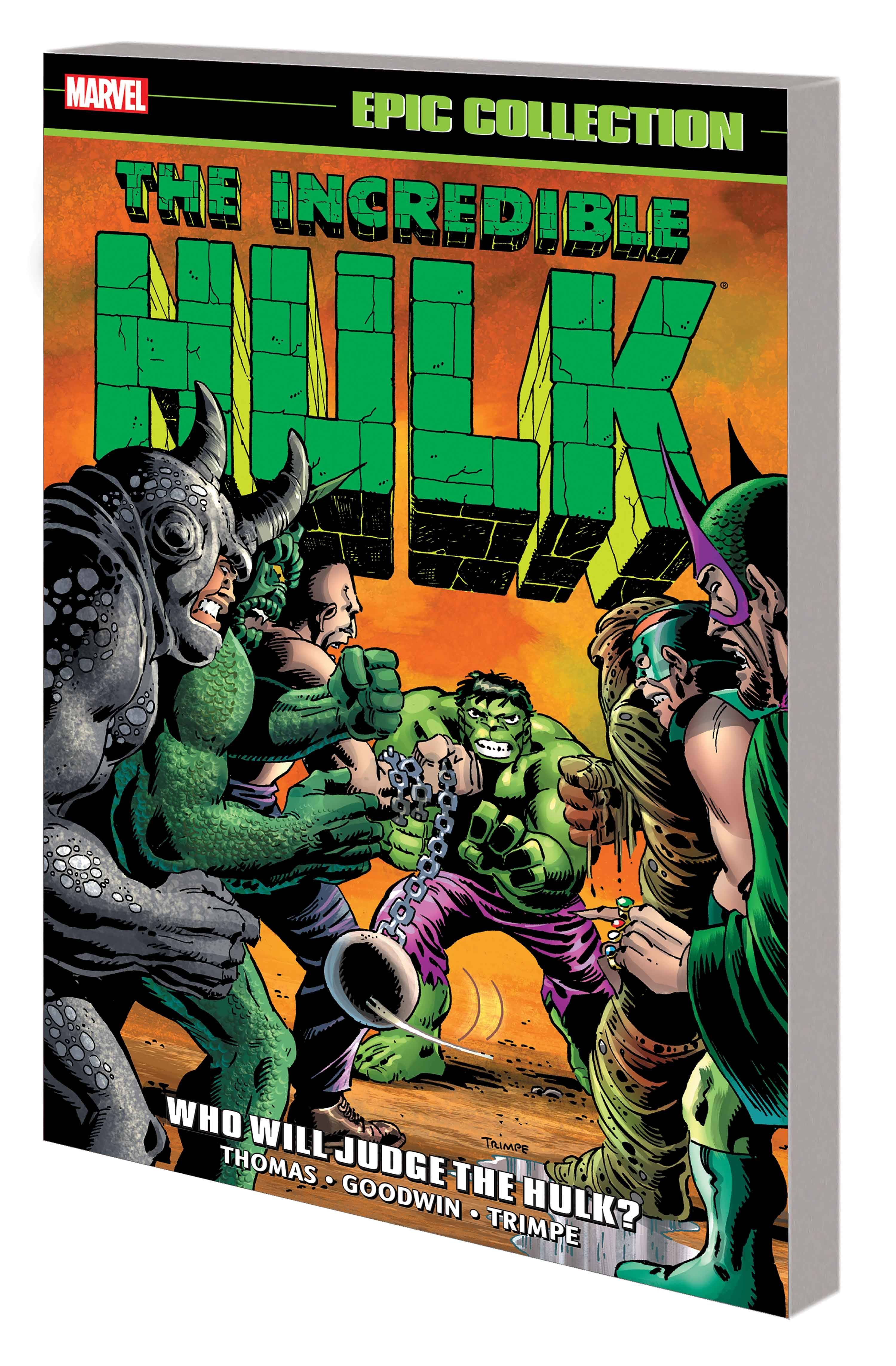 #
OCT200717
(W) Roy Thomas, Archie Goodwin, Harlan Ellison (A) Dick Ayers, Sam Grainger, Sal Buscema (A/CA) Herb Trimpe
The Hulk is back - and ready to smash his way through more villains than you can throw a tank at! Watch out, Sandman and Leader, you're in the path of the Green Goliath! But when the Hulk journeys into the subatomic world of the Psyklop, he will meet his true love - the princess named Jarella! Then, don't miss the debut of the Hulk's longtime enemy and ally, the gamma-powered psychiatrist Doc Samson! And in the aftermath of a battle with another doctor (Doom, that is), the Hulk finds himself in the sights of the military's Project: Greenskin. Objective? Destroy the Hulk! Finally, with Ant-Man's help, Hulk will reunite with Jarella - but not before the Marvel Universe's greatest heroes put him on trial! Collecting INCREDIBLE HULK (1968) #138-156 and AVENGERS (1963) #88.
Rated T
In Shops: Jan 06, 2021
SRP: $39.99
ORDER WISH LIST