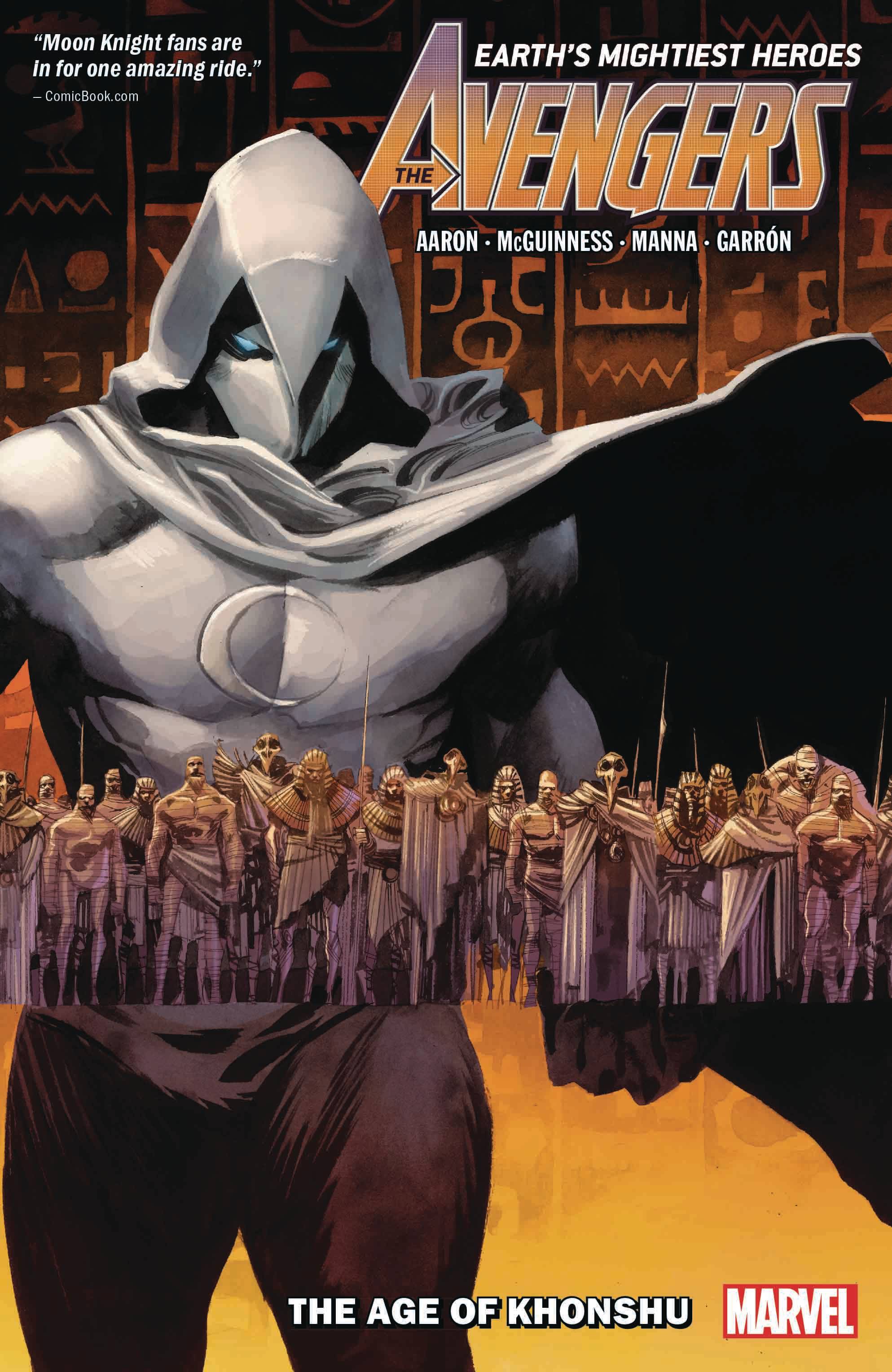 #
OCT200702
(W) Jason Aaron (A) Ed McGuinness, Francesco Manna, Javi Garron, More (CA) Matteo Scalera
From the dawn of time...to the end of the world? Trapped in an icy cave millennia in the past, Tony Stark has lost most of his armor and a good chunk of his mind. And tonight when the sun goes down and the devil comes around again, will Iron Man lose what is left of his soul? Back in the present, Earth's mightiest villains unite against a common threat: the Avengers! But even as the team faces a villainous uprising like no other, they come under attack from one of their own! Mummies are rising from their graves. Secret armies march by moonlight from K'un-Lun to Wakanda to Greenwich Village. A dark god invades Asgard. And the Moon Knight is unleashed as never before! So begins the Age of Khonshu. So fall the Avengers. Collecting AVENGERS (2018) #31-38.
Rated T+
In Shops: Jan 06, 2021
SRP: $19.99
View All Items In This Series
ORDER SUBSCRIBE WISH LIST