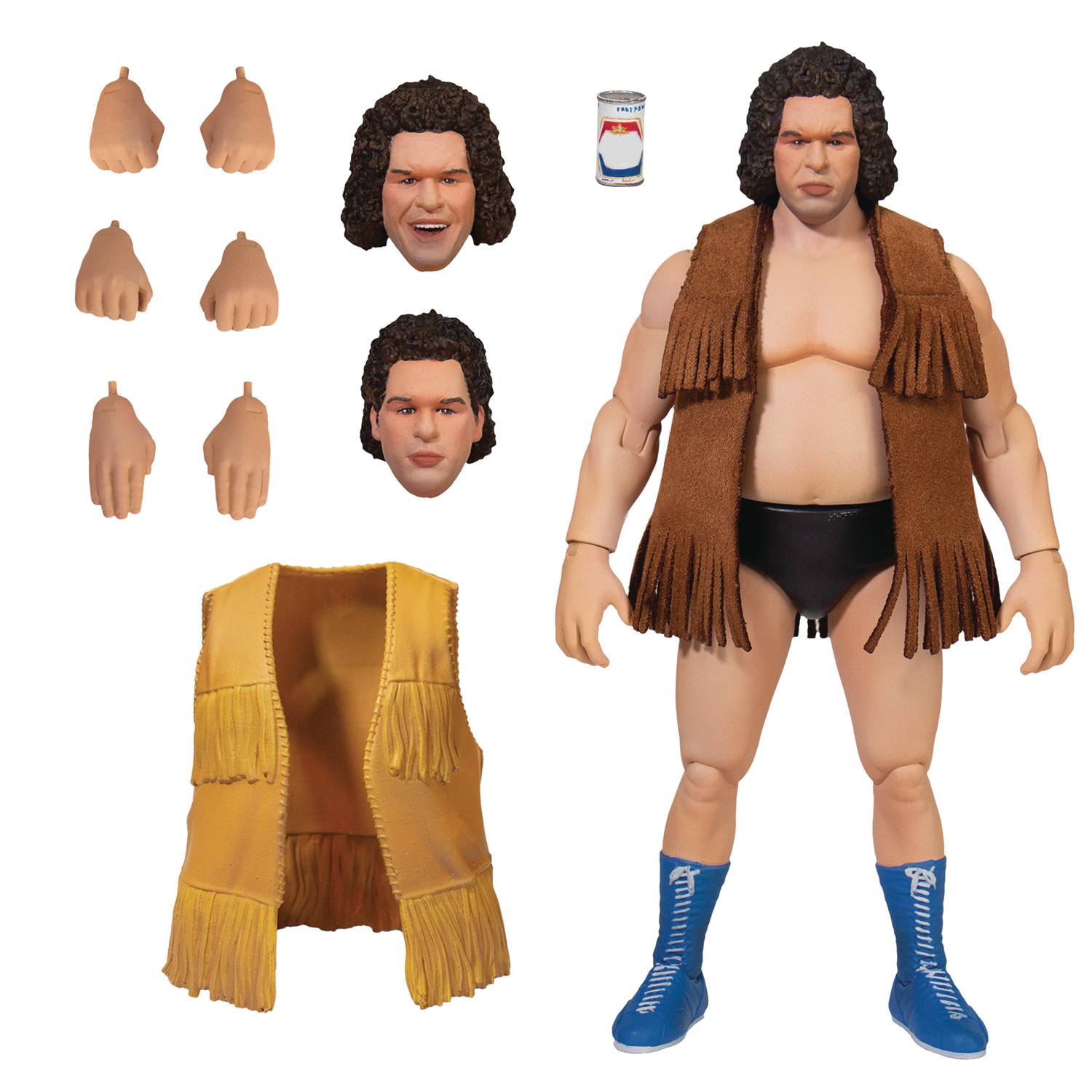 #
OCT199020
Andre the Giant: The 8th Wonder of the World! One of the most recognized icons of the 20th Century from his exploits in the wrestling ring and on the movie and television screen. The Andre the Giant Ultimate Figure is a 8-inch tall, highly articulated and fully poseable action figure. It comes packaged in a deluxe slip case-style box that presents Andre in all his larger-than-life greatness. Included: Alternate Head Laughing, Alternate Head Serious, Alternate Head, Young, Four sets of Hands, Two Fabric Vests, and a Can of Beer.