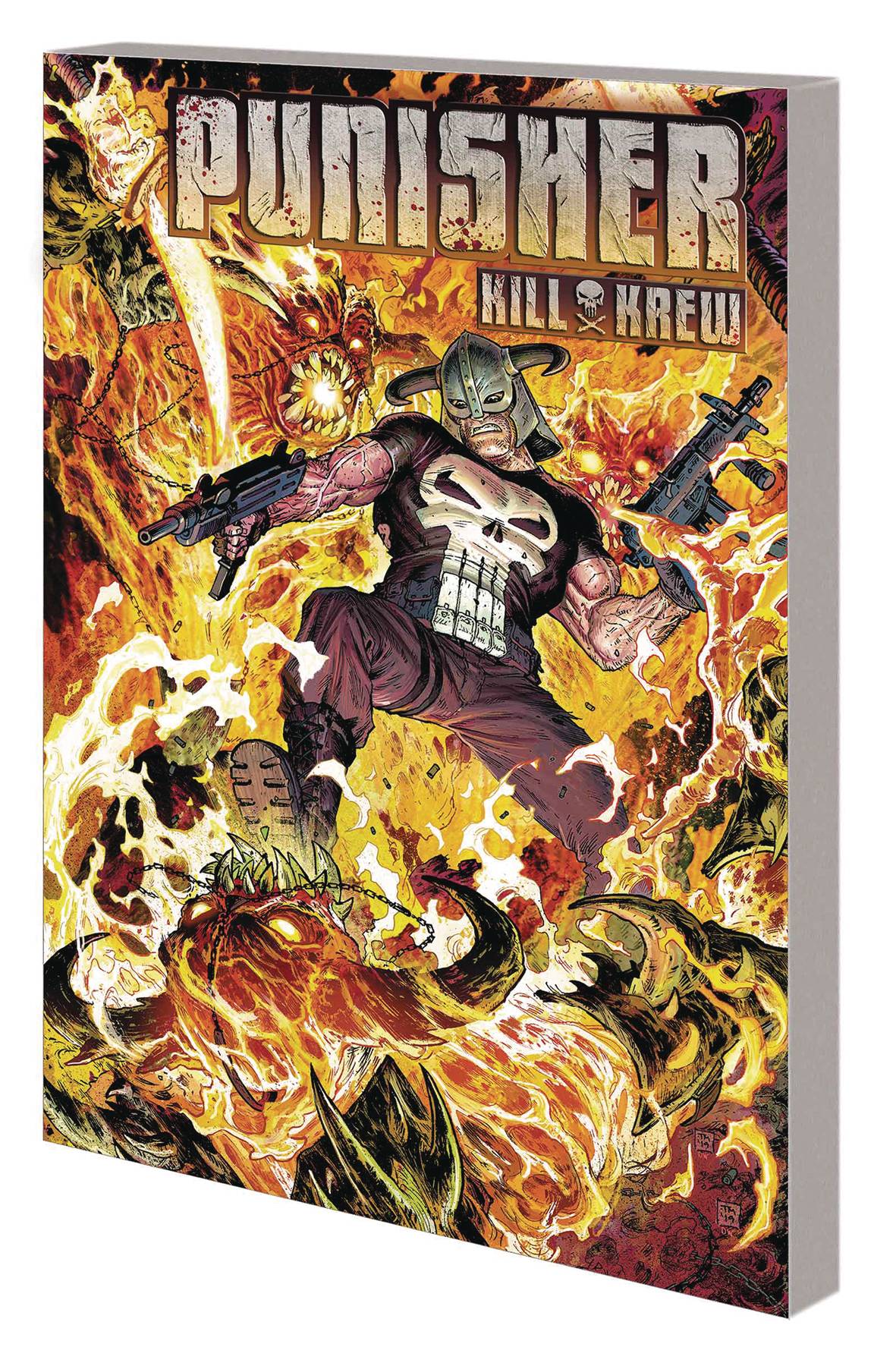 #
OCT191123
(W) Gerry Duggan (A) Juan Ferreyra (CA) Tony Moore
The War of the Realms may be over - but for the Punisher, the conflict never ends! To combat Malekith's invasion, Frank Castle raised his own personal army. And now, in the war's aftermath, they have some scores to settle! The Punisher has stolen Thor's flying goat and is traversing the Ten Realms on a mission. But why is his first stop...Counter-Earth?! Frank made a promise of vengeance - and he keeps his promises. But a van full of orphans is about to make that vow a lot more complicated. And while Frank has picked up some unlikely allies, can he keep them alive? Featuring the Black Knight, Foggy Nelson and more in an action epic unlike anything you've ever seen. One Krew. Ten Realms. All-out war! Collecting PUNISHER KILL KREW #1-5 and material from WAR OF THE REALMS: OMEGA.
Parental Advisory
In Shops: Jan 22, 2020
SRP: $17.99