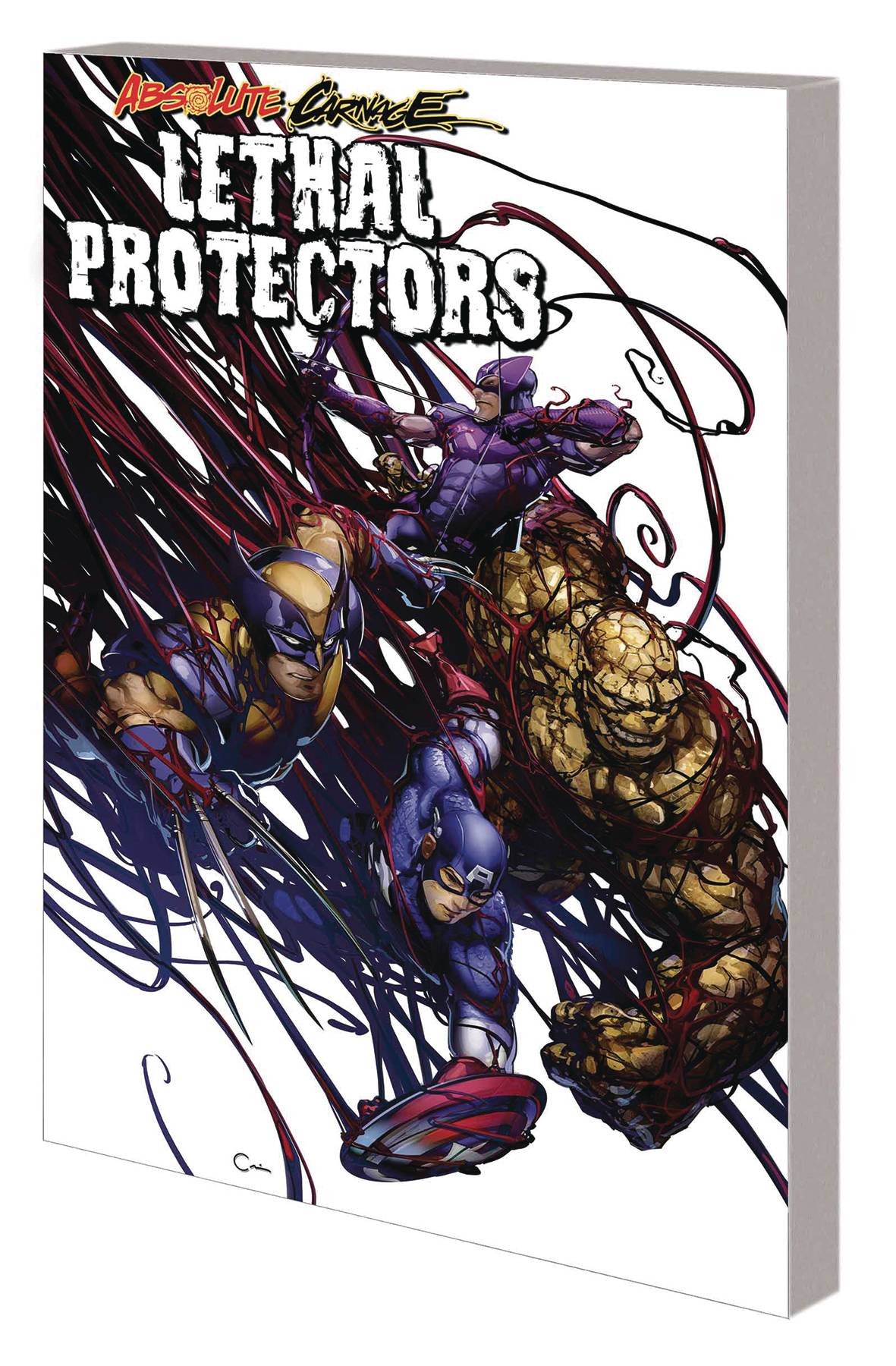 #
OCT191110
(W) Frank Tieri, More (A) Alberto Alburquerque, More (CA) Clayton Crain
The cult of Carnage comes to New York City! When he was last seen, John Jameson was being recovered from the site of a massacre in Doverton, Colorado, by Misty Knight. Since then, they've both been MIA. So how, then, did they become the only two people poised to prevent chaos as a deadly foe of Spider-Man's is resurrected in the basement of the Ravencroft Institute for the Criminally Insane? Can the team of Iron Fist, Morbius and Cloak & Dagger help them defeat the back-from-the-dead Demogoblin?! Plus: Years ago, Cletus Kasady used the Carnage symbiote to take over Doverton - as well as the team of Avengers who arrived to stop him! Now Captain America, Hawkeye, Wolverine and the Thing must assemble once more when they discover the town's fate! Collecting ABSOLUTE CARNAGE: LETHAL PROTECTORS #1-3 and ABSOLUTE CARNAGE: AVENGERS #1.
Rated T+
In Shops: Jan 15, 2020
SRP: $15.99