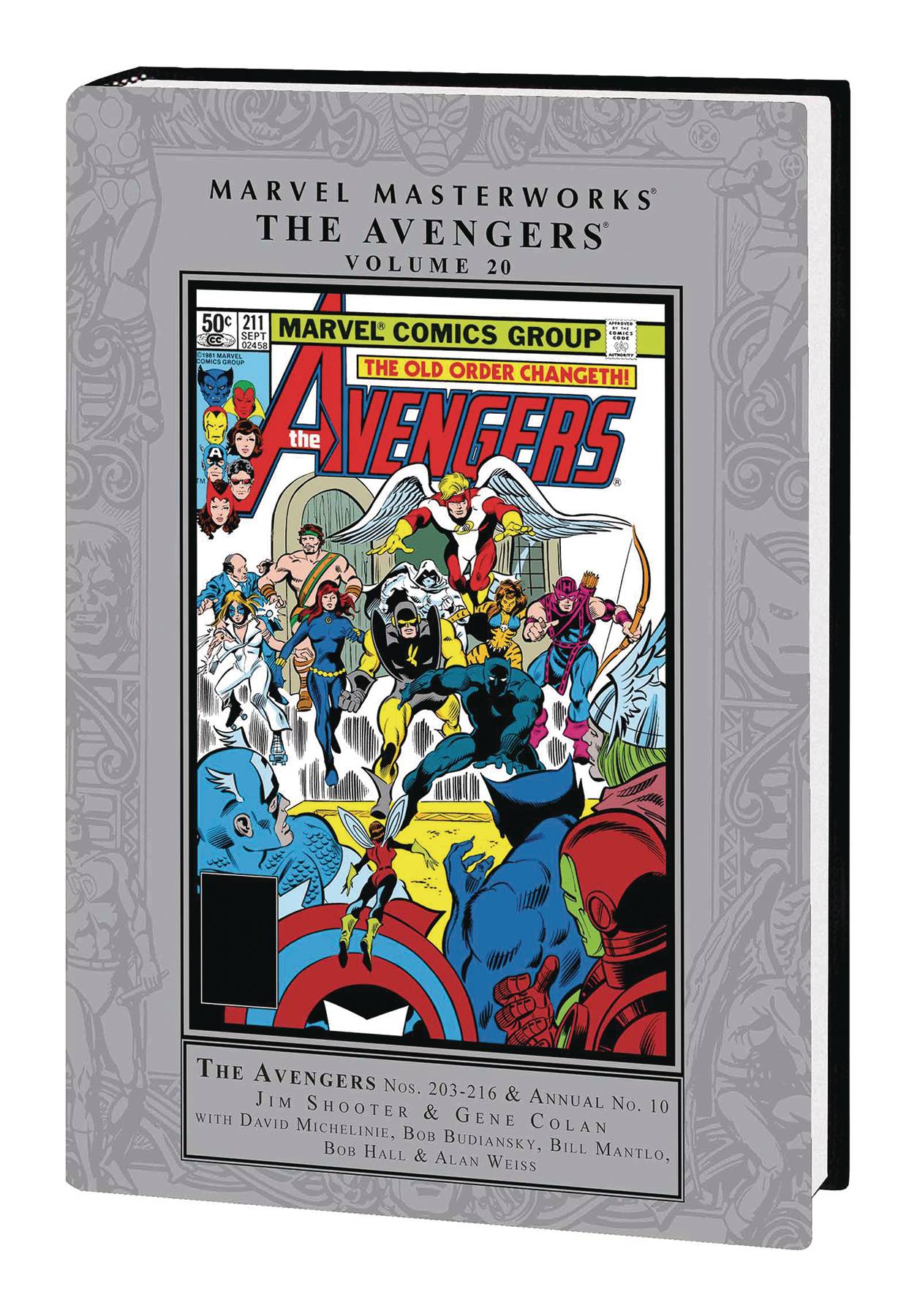 #
OCT191105
(W) Jim Shooter, More (A) More (A/CA) Gene Colan
It's a new era for the Avengers! The order changeth and a host of creative luminaries, including Jim Shooter, force Earth's Mightiest Heroes to contend with their most harrowing challenges ever! Skrulls, the Yellow Claw and the ancient Berserker are just the warm-up. The Avengers will also face a Ghost Rider bereft of any humanity - and the near-infinite power of the Molecule Man in a character-defining story! A whole new lineup, including surprise inductee Tigra, will emerge (but not without Moondragon's meddling), before the Avengers must put one of their own on trial after Hank Pym suffers a tragic breakdown. Also featuring Chris Claremont and Michael Golden's classic Annual co-starring Ms. Marvel, Spider-Woman and the X-Men - and introducing Rogue! Collecting AVENGERS (1963) #203-216 and ANNUAL #10 and material from MARVEL SUPER ACTION (1977) #35-37.
Rated T
In Shops: Jun 17, 2020
SRP: $75.00
View All Items In This Series
ORDER SUBSCRIBE WISH LIST